This article is second in a series of three articles. For the first part, click here.

For decades, the military has been conducting research on the experience known as 'fighter pilot information overload'. This phenomenon occurs when the pilot becomes so inundated with information produced by intelligence gathering technologies within the cockpit that his or her mind loses the ability to properly analyze the incoming data. Worse still, sometimes that overload of information can become so intense and overwhelming, and in such a short period of time, that the results can almost immediately turn disastrous.

As drivers, are we going to find themselves overwhelmed by the bombardment of new technology commands such as audio warnings, alerts, tones, and visual cues, etc? Are entering into an era of 'older driver' information overload?

Who Buys These Technologically Advanced Vehicles?

In a 2013 study by the University of Michigan's Transportation Research Institute (UMTRI), researchers concluded that "Adults under 50 have long been the ideal target group for automobile advertisers, but when it comes to buying new vehicles, older consumers may be a marketer's best bet. The emphasis on this relatively older age group is further supported by the expected continuation of the greying of the population and the consequent continuation of the increase in the number of older licensed drivers."

The automobile industry and the engineers and developers behind these new technologies quickly remind us that these new developments are designed to make vehicular travel safer than it has ever been before, particularly for our growing population of older drivers (aka new car customers). 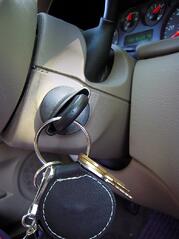 I have worked with just as many older drivers that shouldn't so much as have the AM radio turned on while driving.

I have ridden shotgun with older drivers that did not realize their outside mirrors were adjustable, or that they could unlock their vehicle by simply pushing on one of the key's little black buttons. "Amazing!" one older driver told me after I showed him how to unlock the car remotely. There are drivers who do not know how to activate their four-way flashers in case of an emergency, and have always wondered "what that red triangle button was for".

I once enjoyed the good fortune of riding with an older driver that asked me "what is that funny clicking sound... is that your phone making that noise?"

"No ma'am" I replied, "that's your left turn signal... it's been on now for several miles." Acknowledging the error, she promptly turned the left turn signal off and was immediately pleased with herself. Now we were driving down the road with our right turn signal on, and she seemed to no longer notice that "funny clicking sound". 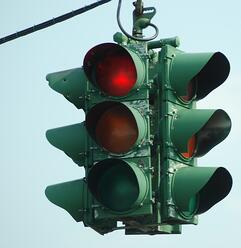 I have spent time with more than one older driver that has become lost while driving blocks from their home of 50 years. When that happens, older drivers seemingly fall apart cognitively. On more than one occasion I have been with a lost, older driver who has found himself as the lead vehicle stopped at a red traffic signal. In the mounting confusion, they have sat though the entire green cycle because they were so distracted and confused that they could not process that the signal changed from red to green (this despite the sounding horns from the cars driving around us).

Many older drivers purchase vehicles equipped with in-dash navigation systems to help keep them from getting lost, but have no idea how to so much as turn it on. "They showed me once, but I forget". One elderly gentleman explained that he gets lost often, so his adult children purchased a GPS unit for his dashboard. He then explained, "I don't use it though, it's too distracting."

One has to wonder how this same driver would respond to an emergency audio alert being chirped or chimed from the vehicle's lane departure warning system.

To say the least, interpreting warnings from multiple systems may be confusing or even completely distracting or overwhelming for some older drivers. For some older drivers, their insurance agent might be well served to actually raise their client's premiums (just joking) if their new vehicle is equipped with these fancy, electronic safety "distractions".

This article is second in a series of three articles. The third part is scheduled to be published Thursday, August 8, 2013.

In addition to being a published author and an expert in older driver safety, Matt Gurwell is also the Founder & CEO of Keeping Us Safe, an international organization that provides practical, real-life solutions to older drivers and their families.