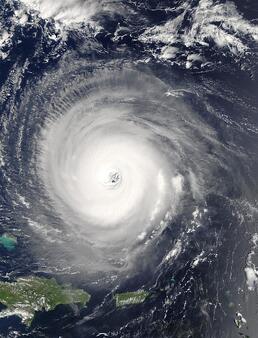 In the aftermath of Dorian, the question remains: what makes a storm a hurricane?

The answer to this question is a significant indicator as to how claims are handled by insurance carriers.

So, let us determine what constitutes a hurricane.  Here are some of the conditions that must be met:

2) Warm temperatures over the ocean.

4) Tropical wind patterns over the equator.

Once these conditions are met, a hurricane must have sustained winds of 74 miles per hour or more. The eye of the storm is usually 20 to 30 miles wide and the storm itself may extend up to 400 miles across. The inherent dangers of this type of storm are torrential rains, high winds and tidal surges (super high tides). A hurricane can last for two weeks or more over open water and run a path the length of the Eastern seaboard, from the Caribbean to Nova Scotia.

What caused of Hurricane Dorian to stall over the Bahamas?

When a hurricane moves, the time spent in any particular area is limited.  But when it stalls, as Dorian did over Great Abaco for over 36 hours, the devastation continues. The damge Hurricane Harvey caused in Houston was not so much the wind, but the 52" of rain that fell in 48 hours after Harvey's landfall.  Hurricanes break apart, or move, when upper level air, the air above the hurricane's most violent force, prevents storm air from rising.  Strong air movement above the hurricane creates shear, disrupting the pattern of spinning storm.  We like upper atmospheric shear on a hurricane.  Similarly, continental high pressure from land (westerly) also pushes hurricanes out to sea limiting damage to homes and businesses.  We also like high pressure from the west, southwest or northwest.

On average, 100 tropical storms develop each year between May and November over the Atlantic Ocean.  Only six eventually develop into hurricanes and of these six, two are likely to strike the coast of the United States. The Atlantic Hurricane Season begins on June 1 and ends on November 30 of each year, with the most active time being from mid-August through mid-October.  The winter hurricane threat is virtually non-existent.

For homeowners living near the coast, having wind or named storm deductibles is common.  For more about these - and which is the better among evils - visit our Named Storm vs. Windstorm deductibles page

If you have any other insurance questions, please contact us here at Gordon Atlantic Insurance. We'll help you understand any confusing definitions or tricky aspects of insurance.  We make insurance make sense.

As of June 1, we have officially entered Hurricane Season, and we won’t be out of it until November 30, so there are a few things that you may want to keep in mind this season.

First off, it’s helpful to know what’s what, so here’s a chart covering the different storms:

Considering that we live in New England, we aren’t as likely to be hit by a high level storm as states farther south, but that may lull us into a false sense of security. Just because we PROBABLY won’t get hit with 156 mph winds, doesn’t mean the 95 mph winds won’t do serious damage. 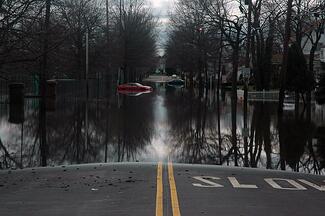 Some things to be wary of:

·         Falling Trees – New England is full of large, broad leafed trees that, unlike that palms down south, are more likely to snap in high winds than bend and survive.  Downed trees can knock out power lines, block major roads, or damage your roof, patio, or car. Consider trimming trees back, especially if they are close to the house.

·         Pooling Water – The heavy rains associated with hurricanes will also accumulate and create large puddles or pools.  Around the yard, these may be fine, but if they build up next to your home, you may face water damage or flooding in your basement.  My own basement used to flood from regular summer showers, but we installed a French drain, which has done wonders.

·         Coastal Surges – If you live near the coast, or have a vacation home near the beach, you will want to watch out for storm surges, water that is forced by winds to create outrageous tides.  The damage incurred from the surge is covered under your flood, not wind, insurance.

Flying Debris –The high winds will not only tear down trees, but also whip around random detritus. The aesthetic pebble paths or gravel driveways may bite you in the rump during a hurricane, and your exterior walls will look pox marked and torn up after the stones get hurled from a 100 mph gust. Soft mulch and asphalt may be a safer alternative to consider.

If you suspect that you may lose power, or that your road may get blocked by trees, consider preparing an essentials kit well beforehand. You can put some of the following into your kit:

Remember to keep up with the weather reports this season, and pay especially close attention if you hear a hurricane watch or warning, they demonstrate a 36 or 24 hour arrival time of the storm, respectively.

Should I Buy a Generator for My Home? 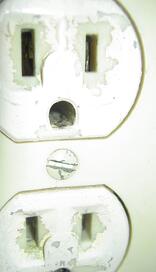 If you’ve ever experienced the inconvenience of an extended power outage from a storm, perhaps something like Storm Nemo, you’ve probably wondered if you should invest in a generator. Not only is it a huge nuisance, but an extended power outage can result in frozen pipes, food spoilage, and sump pump failures. There is also an additional risk of a house fire when rarely unused fireplaces are put to the test or candles are knocked over accidentally.

While portable generators are less expensive, there are a few disadvantages. Portable models do not go on automatically should you be away from your home. In addition, some portable models will only power a few items. The portable models are usually fueled by gasoline. A full tank may only last a day. Oftentimes, there is a shortage of gas during a power outage. This may be due to blocked roads, closed gas stations, or fuel trucks unable to travel and replenish gas supplies. This happened during Hurricane Sandy and the Blizzard of 2013.

For this reason and many others, automatic generators are a better option. A permanently installed generator will supply power directly to your home’s electrical circuit breaker box as soon as the outage commences. After power is restored, the generator will shut down. Permanent generators are safer because the risk of carbon monoxide is lower than a portable generator. Permanent installed units are placed outside a home and are powered by the natural gas or liquid petroleum supply. There is no need to run to the gas station as you must do with a portable generator. 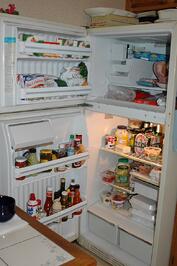 An automatic generator cost varies based on the wattage and features. A small generator with 7-10kw will power just a few basic household appliances. One of those will cost around $1,850 to $4,000.

The automatic generator will run as long as its fuel supply remains uninterrupted. A licensed generator installer can install the fuel supply and generator. You should also have the unit serviced annually to assure it is in good working order.

You can determine the right size generator by first identifying a list of appliances that you would want powered during an extended power outage. This may be a few appliances or your entire home. Check how may circuits are used by each appliance. Think about how many appliances you will use at the same time. Some appliances use more when they first start up and less when running. Since a generator is an investment, pick a model that you may add circuits. The permanent generator may also be an investment that pays off when it is time to sell your home. It is becoming a great selling point in areas such as the northeast that regularly experience power loss.

Installation of an automatic generator by a licensed installer should be less than a day. The usually place on top of gravel or concrete pad. The wiring is connected between the generator panel and the circuit breaker panel in the house. 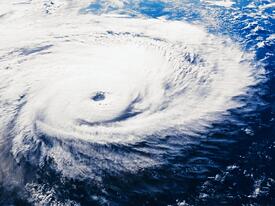 A lot of us might be feeling some déjà vu after Sandy.

Last year, Irene caused power to go out across the eastern coast, and Sandy has done the exact same thing. More than 75% of homes in Norwell, the town in which Gordon Insurance is located, have lost power from this storm.  All across Massachusetts and the south shore, schools canceled classes for Monday and Tuesday.

The winds from Sandy caused several trees and branches to fall. These trees and branches landed on the roads, cars, power lines, and homes.  And, not only were the roads covered in tree debris, but these roads were also flooded. Flooded roads have an extremely higher risk of hydroplaning and car damage. Driving in these conditions is certainly not safe.

Sandy was considered a hurricane until Monday night. At that point, she downgraded from a Category 1 hurricane to a tropical storm.

Last year, Irene caused approximately 16 billion dollars in damage. It will take a few days to evaluate all the damage left from Sandy, but Sandy’s damage is estimated to be in the same ballpark as damage from Irene last August.

One thing is certain: tropical storms and hurricanes do affect Massachusetts. Especially after seeing all the damage from Irene and Sandy, risk prevention and insurance certainly seem worth it.

We have several hurricane resources for you, including checklists, a video, and other helpful links that can help you prepare for a storm.

Read about what our staff have to say about hurricanes:

If you have any other questions, do not hesitate to contact us. Learn about your hurricane resource options here.