Avoid Collisions with Deer and other Animals

According to data recently released by Farmers Insurance, 36% of auto insurance claims with animals happen between September and November.  So be especially vigilant in the fall.

Here are some tips to avoid wild animal crashes.

1. Look for the eyes of an animal, especially at night. Just the other day after work, I was driving home  and saw two glowing yellow circles to my left. I slowed down, and sure enough, a small mammal was on the road.  (Light reflects back from many animals' eyes because of the tapetum lucidum, a part of the eye that helps nocturnal creatures see better at night)

2. Keep your car windshield and mirrors clean so you have no trouble seeing the animals.

3. If you see one animal, slow down and proceed slowly. It is common for animals such as deer and turkey to travel in groups (deer in a herd, and turkeys in a gang, or rafter), so if you see one, there's a good chance you will see more.

4. DO NOT SWERVE. Even if you can't see any more cars or creatures in another lane, accidents often occur when drivers swerve to avoid animals.  Brake as you need to, and come to a stop if necessary to let them pass.  At least here in New England we don't have many really huge animals like cattle ranging our highways, but a mature deer can total your car and put passengers in the hospital.

5. BE AWARE of your surroundings before SLAMMING THE BRAKES...unless the animal is big enough to caused damage or redirect your vehicle. While you may feel guilty for hitting a squirrel, for example, by slamming the brakes to save its life, you may cause a driver behind you to rear end your car.  While sad, sometimes it's better to hit the animal and avoid a multi-car collision or collision with a tree or stone wall.

6. Pay attention to signs warning of animal activity in the area.  These signs are often put there after other collisions.

7. Wearing a seat belt greatly decreases the chances of fatalities in deer-car collisions.

8.  If you do hit an animal, do not approach it, as an injured wild animal could hurt you. Pull over to the side of the road, put on your emergency flashers, and call the local police (or emergency services if people are hurt). Report the incident to your insurance agent as soon as possible.

Remember: An accident with a deer (or other animal) is NOT considered a collision: it is covered under "Comprehensive".  Don't know why, but that's the way it is here in Massachusetts.

Overall, the best way to avoid animal collisions is to be alert and drive the speed limit. Be on the lookout especially in wildlife areas (the woods in Norwell count!) and in neighborhoods with children and pets. Drive safely!

Some of the tips in this article were provided by defenders.org and towns.k12.ga.us. Learn more about auto insurance here, or use the buttons below to contact us.

Governor Deval Patrick recently signed into law new protections for animals. These new protections are explained in the link below from Angel Memorial/MSPCA. The best part of the news is: the state will no longer consider dogs dangerous simply based on the breed, but rather, by their deed. Keep in mind that this does not necessarily mean that homeowner's insurance companies will be welcoming pit bulls, cane corsos, American Staffordshire terriers, and other such breeds with open arms. Insurance companies have their own underwriting guidelines separate from state or town laws and ordinances, but perhaps some of the companies will look at this legislation and take a similar approach when it comes to our animal friends.

Any insurance questions about pets? Contact us, or visit us at www.agordon.com. Find out how much it really costs to own a dog here. Read another staff member's article on how dogs affect insurance here.

The weather is getting nicer which means there are more people out on the road driving, walking, running, riding… We have many equestrians in our area and most drivers seem to be courteous when approaching them on the road. Unfortunately, there are fewer trails around than there were 20 years ago which translates to equestrians having to use the roads more to reach a trail. Please use caution when passing a horse since they can spook easily. Here is a section from the Massachusetts Drivers Manual for guidance.

Always give the right-of-way to an animal that someone is leading, riding, or driving. Animals are easily scared by motor vehicles. When you get near an animal or horse-drawn vehicle, be careful and do the following.

• Stop if the animal or vehicle is coming toward you or is crossing your path. Allow the animal to pass.

• If the animal or vehicle is traveling in the same direction as you, allow plenty of room for passing safely. Drive at a reasonable speed.

• Do not honk your horn or make a loud noise.

• If the animal you are passing looks scared, you must pull your vehicle to the side and stop.

• Proceed only when it is safe.

• You must stop if a rider or driver signals you to do so.

The law applies to horses, cows, and any other draft animals.

In rural areas, take extra care when passing hay rides. These are usually animal drawn and full of passengers.

Liability Issues: Safety Around Your Home

Liability issues and claims are proving to be more costly than actual physical damage losses under homeowners insurance policies. 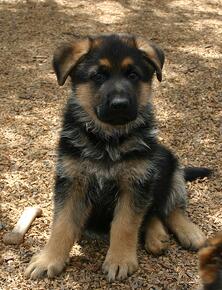 According to the Center for Disease Control there are 4.7 million dog bites each year, and 50% occur on the residence premises. According to the Insurance Information Institute, dog bites or dog-related injuries account for approximately 1/3 of all homeowner liability claims, and the average cost is more than $37,000. Carriers often decline writing coverage if there are particular breeds within the household, such as Bull Dogs, Pitbulls, German Shepherds, Akitas, Rottweilers, Doberman Pinschers, Siberian Huskies, and others that may exhibit aggressive behavior or have previously had a biting history.  Some companies may accept such a breed if they are provided evidence of the dog’s participation in an obedience training course.

Another major issue of concern for homeowner carriers are swimming pools, since drowning is the leading cause of fatal injury to children between the ages of 1 and 4. Homeowners are required to comply with local regulations regarding the pool such as fencing and locked gates.  It is also worthwhile to note that homeowners can be held liable for injuries to strangers using their pool without permission.

Trampolines account for over 100,000 emergency room visits per year according to the Consumer Product Safety Commission. Companies can refuse to provide coverage for homes that have trampolines on the premises or may place exclusion clauses or require safety measures, such as nets surrounding the apparatus.

The National Safety Council has reported that falls account for 26% of injuries and deaths in the home. Approximately 2.8 million children were treated in the emergency room last year for fall injuries. Tree houses have been the cause for many of these injuries due to the height of these structures, so carriers may exclude or decline coverage, or apply a surcharge for these risks.

Homes with guns on the premises increase the risk of homicide by 40% according to the New England Journal of Medicine. Insurance companies require that guns remain properly secured with safety locks and kept out of the reach of children.

Heating fires account for approximately 36% of home fires. Since many insurance customers use wood stoves as a secondary source of heat, companies now require proof that these were properly installed, adhere to town building codes, and have been inspected.

Other causes of potential declination of coverage are the presence of zip-lines and exotic pets at the home.

Homeowners (and renters!) should make it a point to discuss with their agents if any of the above situations apply to them. It is not worth jeopardizing coverage or having a liability claim denied if the carrier was never made aware of all exposures. To discuss your own liability safety, call a Gordon Atlantic Insurance professional toll free at 1-800-649-3252. Prefer to type versus talk? Click below!