WHAT ARE OTHER STRUCTURES IN INSURANCE?

The “Other Structures” portion of your homeowner policy covers a variety of items.

For instance, did you know that the beautiful cedar stockade fence you’re thinking of having installed might be considered an “other structure”? How about an in ground pool? And a driveway? Under the right circumstances, these might all be considered other structures. The deciding factor is whether or not these items are ‘attached’ to your home somehow or if they are ‘detached’ by clear space.

Let’s take the example of your fence. If the fence surrounding your property is not attached to your house at any point, it would be considered an “other structure” and covered under that portion of your homeowner policy.

However, if the fence is attached to your house it would be considered part of the building and covered under the ‘dwelling’ portion of your policy. You would need to be sure that the dwelling limit on your policy reflects not only the value of your home, but that of the fence as well.

Another example would be a shed or barn. If these buildings are separated from your house by clear space, they would be considered other structures. However, if they are attached to your house-perhaps by a covered walkway-they would be considered part of the house. As such, just like the example of the fence, you would want to be sure that the dwelling limit of your homeowner policy included not only the value of your home, but that of the ‘other structure’ as well.

So, just to reiterate – the deciding factor here is whether or not the structure is ‘attached’ to your house or ‘detached’ by clear space.

When you decide to install any of these items, be sure to contact your insurance agent to determine if you need to update your policy to reflect additional limits to either the ‘DWELLING’ or ‘OTHER STRUCTURES’ portion of your homeowner policy. 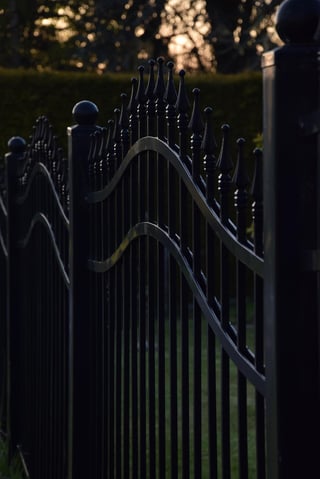