Most property insurance today make claims payment at replacement cost for items ruined or damaged after a loss. The homeowner's policy is where people see this feature firsthand. Most homeowner's insurance policies, even those issued by the Massachusetts FAIR Plan, include replacement cost on contents. As your agent probably explained to you when you got your policy, replacement cost means you get new-for-old in claim settlements. But replacement cost isn’t paid without some documentation that you’ve actually replaced the stuff. Here you’ll learn why, and how to get your money as soon as possible. 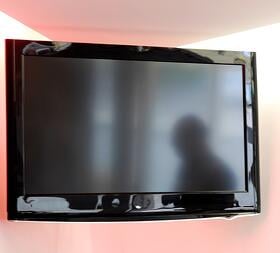 Let's assume you have a five year old TV set that was stolen, along with other items, when someone broke into your house. Let's assume further it is a Sony Trinitron with a 27 inch display that costs $1,000 to buy over at a Best Buy, Wal-Mart or other local distributor.

If you do not have the replacement cost endorsement on your homeowners policy, the insurance company will pay a depreciated amount. This treatment is known as “actual cash value,” or ACV. A television set has a ten-year expected life so in this example the 5-year old TV will be depreciated by 50% of its replacement cost. Since the similar model Sony Trinitron with 27 inch display costs $1,000 today, the insurance company will take the replacement cost ($1,000) and depreciate by 50% to get to $500 ACV. (This example ignores the deductible, a separate consideration).

When items are lost we want to replace them with what it costs today to replace. In other words, most people want the $1,000 rather than the $500. A replacement cost endorsement says that you get the full amount to replace with like kind and quality at today’s prices, or $1,000 in this example.

This concept becomes especially meaningful when multiple items are stolen and the difference between depreciated and replacement cost (the "hold back") begins to add up to significant dollars.

See the sample chart above for a better idea on how these numbers breakdown in a homeowner's claim. In this chart, note how the age of the item and its useful life determine the depreciation to arrive at the ACV..

Between the time when you have quantified the items lost, damaged or stolen and the time when you actually go out and replace the items, the claims adjuster will only pay you the depreciated amount. The balance, what you still want, is the hold back.

The best solution to getting your hold back quickly is to replace all the items in a systematic way. For example, pay for them with a credit card and submit receipts to the adjuster immediately. As soon as you have demonstrated that you have replaced those items lost or stolen, the hold back can be paid, usually ahead of the credit card bill. 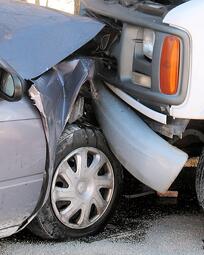 The same concept as the hold back applies with building coverage. A depreciated amount will be paid to you, the homeowner/policyholder, to commence work. The balance is paid when the work is completed. This generally works out well with contractors, since they often ask for materials costs at the acceptance of the bid, another installment on commencement of work, and final balance when complete. (Note: home replacement cost refers to a slightly different concept which is the cost to rebuild).

Auto insurance uses a similar concept known as ‘decrease in value’ or "DIV." A general rule of thumb is that a car decreases its value by about 25% of the cost to repair the vehicle if repairs are not completed. For example, say you own a car with a book value of $20,000. Assume your car is hit by someone else who backed into it in a parking lot causing $2,000 worth of damage. The other driver's insurance adjuster agrees the cost of repair is $2,000. They offer to pay you $1,500 now and the balance when repairs are completed. You are not required to have those repairs done; you may just want to keep the cash. However, if another accident happens and your car is deemed a total loss, the total amount is adjusted by the “decrease in value” caused by the unrepaired damages, or $2,000 in this case. Your $20,000 car is now worth $18,000.

A final word on hold backs: it’s important that you keep your receipts of what you replace, and if cash-flow is an issue, replacement may require multiple steps. Let the claims person know if you have unique circumstances, or contact us and we’ll do what we can to make needed accommodations. The process doesn’t have to be complicated with proper guidance and understanding.

Winter Preparation for the Exterior of Your Home 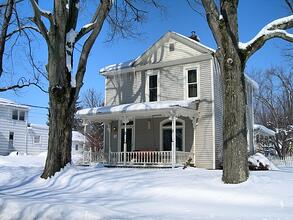 Preparing the inside of your home for the impending cold weather is an important annual task in the northeast.  An often overlooked chore, however, is ensuring that the exterior of your home is prepared as well.

Cleaning your gutters after the leaves have all fallen off the trees can prevent damage to your roof, the fascia, and even your basement and crawlspace. If rain water and snow cannot travel down the spouts, it's going up and over...potentially damaging your garden beds located under those gutters, too. Before the first snow at a minimum, all gutters should be checked for debris and any downspout clogs. Ideally you'll have those gutters cleaned out when they're dry. If you have anywhere near the number of leaves we do, you'll be doing this cleaning more than once.

Take the time to visually inspect your trees for weak limbs.  Snow and ice that builds up can cause limbs to crack and fall, damaging anything underneath, including your roof, shed or fence. There is great satisfaction in cutting down these limbs and hauling them away. HOWEVER, any trees that are near ANY power lines are best left to experts. Terrible accidents can happen if a homeowner's pruning tools come into contact with an energized wire.

All water connections on the outside of the house should be drained and closed tightly. If not done correctly, the water pipe leading into the house may freeze and crack, rendering it useless and expensive to fix next spring. Hoses and sprinklers should also be drained, coiled, and put away.

Winterizing your lawn is an important step so you do not have to spend additional money next spring putting it back together.  All leaves, acorns, and twigs should be raked; if left in place, this debris will smother the grass and not allow air to get to the soil. Grass can be cut until the first frost. Applying proper fertilizer to the lawn before this event, preferably after a fresh cut, is important as it will keep the grass healthy and strong. Any shrubs that are overgrown should be cut back, allowing them to withstand heavy snow.

All of your outdoor patio furniture and decor should be cleaned and put away to prevent damage from the elements that can split wood, peel paint, and rust or rot joints. High winds alone can send lawn chairs into your neighbor's yard or the middle of the street. Pools should be properly drained and covered.

Preventative measures will be well worth your weekend time when you endure another winter without an insurance claim. When your home and your yard are intact next spring your weekends can be spent on the golf course!  Should we be faced with a significant weather event, FEMA is a great information resource. Of course the Gordon Atlantic Insurance professionals always welcome your calls. Our toll free number is 1-800-649-3252. Prefer to type versus talk? Use the form to the left of this blog.