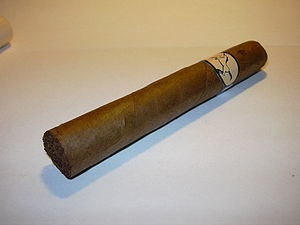 A short story, from real life:

A lawyer in Charlotte, NC purchased an extremely expensive box of cigars that he thought he could get for free by ‘beating the system.’ He had the cigars insured against floods, storm damage, and fire (I think you see where this is going).

The lawyer smoked the expensive cigars over the course of a month and then contacted his insurance company. According to him, the cigars had ‘been lost in a series of small fires.’ Of course, his insurer refused to pay him, assuming (correctly) that he had just smoked the cigars. The lawyer brought the insurance company to court where he used legalese to convince the judge that the insurer had never stated a condition for an ‘unacceptable’ fire.  He was awarded $15,000 in order to replace his property.

He must not have paid very close attention in law school, because the insurance company brought him back to court, where he was found guilty of over 20 instances of arson and thus insurance fraud. He was sentenced to 2 years in prison and paid $24,000 in insurance fraud fines.

It’s astounding to me that despite the incredible security that insurance policies offer people (give that a moment of thought; what would you do in a catastrophe if uninsured?), there are some who are convinced that they have the right to manipulate the system to make money.

There seems to be a pervasive sentiment that insurance companies are the ‘bad guys,’ looking to pay as little as possible for the tragedies of their clients. While I can’t speak for all insurance agencies, as far as ours is concerned, the insurer is batting for the same team as the insured. Our job is to protect  our clients, not rob them.

Yes, Insurance is a business; and our philosophy is that the most successful businesses are the ones that work for their customers.