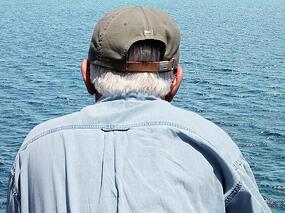 According to the Federal Highway Administration, there are well over 2 million licensed drivers in the United States over 85 years of age, and with the impending "silver tsunami", that number is expected to grow significantly over the next several years. Seniors are living longer and are more active than ever before. This is the first generation in which almost everybody earned a driver's license during adolescence and has been driving ever since.

Today's 85 year old driver probably began driving at around the age of 15 or 16, which dates the start of one's driving career back to 1943-44, at the height of WWII. In 1943, the Pentagon was completed and became the largest office building in the world, Franklin D. Roosevelt was president and there were only 48 states in the Union. Gasoline prices rose to 18 cents a gallon, and construction on the country's first interstate highway would not begin for another 13 years. It would be another 26 years before seatbelts would start appearing in cars.

In January of 2013, FoxNews reported on Edythe Kirchmaier, a great-grandmother from California, in an article titled "105-year-old California woman relieved to pass driver's test with flying colors". Mrs. Kirchmaier took her driver's test the day after she turned 105, making her driver's license valid until 2017.

Just last month, New Zealand's Bob Edwards turned 105 years old, and is considered to be the country's oldest driver. Mr. Edwards says he has been driving for 88 years and has "no plans to get out from behind the wheel".

In the National Highway Traffic Safety Administration (NHTSA)'s Older Driver Five Year Strategic Plan (2012-2017), they estimate that by 2020, there will be more than 40 million licensed drivers 65 and older. 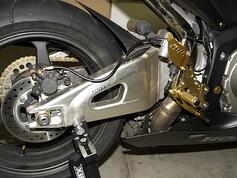 An Evolution of Vehicle Safety Enhancements

Almost like aviation safety, vehicle safety advancements have made almost unbelievable progress over the past half-century. Many of us remember when cars were not yet equipped with padded dashboards, lapbelts, rounded door handles, hydraulic brakes, automatic transmissions, or emergency brakes.

And now we are entering what I like to call the Paleo-Jetson era. Purchase a new vehicle today and you may be equipped with such advantages as intelligent brake lights (brake lights that communicate with other vehicles), smart windshields (augmented reality), night vision enhancement, automated parking systems, lane departure warning systems, crash notification and avoidance technologies, electronic blind-spot detection, back-over prevention systems, fatigue warning systems, forward collision warning with auto brake, and now... the advent of self-driving cars.

This is All Good, Right?

There is much debate amongst automobile design engineers, psychologists, industry safety researchers, geriatricians and neurologists, et cetera, on how well the processing abilities of older drivers is going to be able to keep up with the cognitive workload being required by these new technologies.

For example, most crash avoidance technologies rely on drivers to take immediate action. The effectiveness of these systems depends on whether drivers accept the technologies, understand the information from the reporting systems, and respond appropriately. Often times, in order to be effective and safe, the processing of these new sensory inputs will need to occur in well under a slit-second of time, and that's quick.

This article is the first in a series of three articles. The second part is scheduled to be published Tuesday, August 6, 2013.

In addition to being a published author and an expert in older driver safety, Matt Gurwell is also the Founder & CEO of Keeping Us Safe, an international organization that provides practical, real-life solutions to older drivers and their families.