Homeowners that are required to have a flood policy with the National Flood Insurance Program (NFIP) may be affected by the current government shutdown that began on January 20, 2018 depending on when your policy - or a pending closing - is effective.

If your flood policy renewed prior to the expiration of the program (December 23rd) and you have paid your renewal, then your policy remains in force. Those who did not pay their renewal premium before or within the 30-day grace period may run the risk of not having coverage, loss of grandfathering and other penalties.

If you are purchasing a new house or property within a flood zone, you'll need a flood policy. 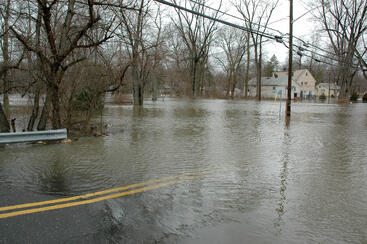 If you have a sale pending, the application and payment must have been received and dated before the flood program expired (January 20) for the policy to be issued. This is also the case for closing dates after January 20th.

However, if you have a pending closing and have not submitted the application and payment, your closing will probably be delayed until the government re-authorizes the National Flood Insurance Program, or unless you choose a private flood insurance carrier such as offered at Gordon Atlantic Insurance.  See our article on private flood insurance options here.

FEMA will notify NFIP stakeholders when the program has been reauthorized.  Naturally if we can help with NFIP placement or with a private policy, just contact us.

What is premium fraud?  Or, is garaging location important for insurance?