The Difference Between a DUI and an OUI 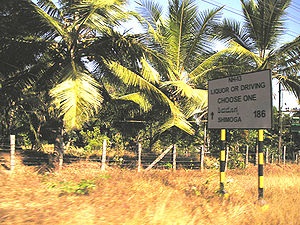 What is the difference between OUI and DWI?

Across the nation, drunk driving laws are aimed to curtail impaired driving and save lives.  It turns out Massachusetts uses the OUI standard, the biggest distinction being that a driver may be charged if the keys are in the ignition - even if the operator pulled off the road to sleep off a bottle of Jack Daniels. In states with Driving While Impaired (DWI) laws, this same impaired operator may not be charged if he or she pulled off the road. Although the operator may be taking a drunken snooze in the driver’s seat in the parked vehicle, this situation does not violate the law in DWI states as the operator is not in the process of driving. For the operator in an OUI state, District Attorney Cruz pointed out, removing the key from the ignition could make the difference between an arrest or not. If the key remains in the ignition, the person is considered to be operating the vehicle.

Where did these stricter laws come from?

Impaired driving laws save lives and efforts to curtail repeat offenders were bolstered with the enactment of Melanie’s Law in 2005. The statute is named after thirteen year old Melanie Powell of Marshfield who was killed in an accident caused by a repeat offender in 2003. Melanie’s Law strengthens the penalties for repeat drunk drivers. Statistics show that the roads have become safer under Melanie’s Law - today, 3500 Massachusetts drivers with a history of driving drunk are unable to start their cars without first blowing a clean, sober breath into a tube to unlock their ignition. The end result is that Melanie’s Law saves lives.

For more topical insurance information and resources, like our whiteboard videos, visit our website. Learn more about your auto insurance options here.

6 Steps to Deep Fry a Turkey