The Launch at Hingham Shipyard

Otherwise known as “the Launch at Hingham Shipyard,” this little treasure is worth checking out and getting to know. Despite the far distance from my house, I make the journey at least once a week.

During World War II, 227 warships were made at the Shipyard for use in battle. Recently, Samuels & Associates began developing at the shipyard and have transformed it into an outdoor mall rivaling the Derby Street shops.

What it has to offer

If I went through all of the stores and options open at the Shipyard, this would be either a boring list or a shadow of their website, so I’ll go through what brings me to the shipyard.

The first store that ever sparked my interest was Red Mango. I had never had frozen yogurt before, but when friends brought me to this new dessert experience after a trip to Nantasket beach, I was instantly hooked. Not only does it have excellent  flavors, the store is self-serve (priced by weight). Red Mango is the #1 reason I drive the 12 miles and 30 minutes to Hingham.

What better precursor to Red Mango than a restaurant owned by the Wahlberg family? As soon as Wahlburgers opened up I could tell it was a hit; mainly by the hypnotic smell and the line of people out the door. Moderately priced, the burgers are fine quality, the shakes taste great, and the fries are the reason I keep going back.

Need I say more? Before Wahlburgers sparked my interest, Panera was my restaurant of choice. Good options, fast service. Superb choice if you have picky eaters or vegetarians in your party. Not much to say about this South Shore classic.

Although I’ve never actually seen a movie here, I’ve heard it’s a great option for dinner and a movie nights. On the topic of movies, what is remarkable to me is that the Shipyard hosts free outdoor movies every Thursday night in July and August. Here is the program of events. 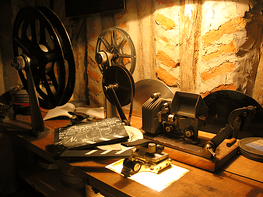 If you don’t live in Hingham/Weymouth and don’t want to commute all the way to this shopping mecca, why not move there? There are homes for sale right in the middle of the plaza. And what is convenient is the commuter ferry to Boston right at the Shipyard. Now this location is like a double edge sword when it comes to insurance. Not only is it condominiums, it coastal too. Check with your independant insurance agency to make sure your home is fully protected at the best price.

There are many stores like Bed Bath and Beyond, CVS, and Eastern Mountain Sports that people might be interested in. I have never gone shopping there so I can't really offer a complete review.

The Shipyard is a great place to go to get some shopping done, go out for a bite to eat, and spend time with friends. The parking situation is exponentially better than at Derby Street Shops. There’s always spots open and if not, there is a nearby parking lot waiting for your car to rest. Traffic is a minimum.

Every time I make the trip, it is worth it. 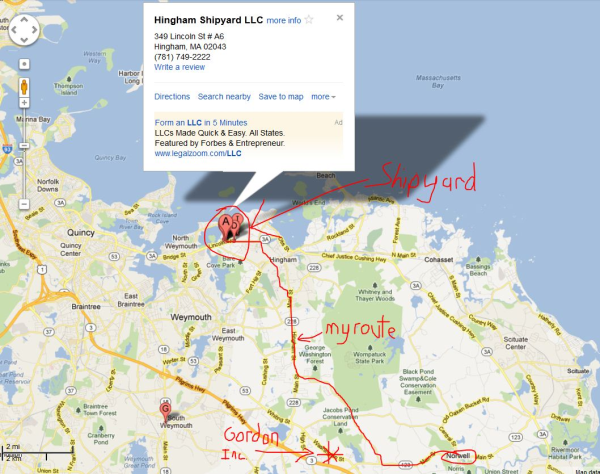 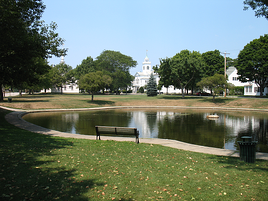 Are you thinking about moving to or within Massachusetts?  Keep on your short list the beautiful seaside community of Cohasset, located 20 miles south of Boston. Over twenty years ago, my husband and I decided to raise our family in Cohasset. The same selling points that sold us on Cohasset two decades ago still remain if you are considering relocation options.

There are homes to fit every lifestyle in Cohasset ranging from extraordinary oceanfront mansions, village antiques, condos or traditional family style homes. Commuting to Boston? No problem, both the Greenbush train line or the Hingham commuter boat offer affordable transportation to Boston in under an hour

First you need to know that Cohasset is a town rich in history, natural beauty, and community resources. Looking for a small town where almost everyone knows you name? Cohasset’s  population is  just over 7000 residents  so there is always a familiar face when you pop into the popular local eateries such as Five South Main, French Memories or Atlantic Bagel located in the village area close to Cohasset Harbor.

I highly recommend a walk around Cohasset to truly appreciate all that Cohasset has to offer. My personal favorite walking route with my faithful dog Penny takes me on a loop from my home in the village to Cohasset Harbor then down Atlantic Ave. and Jerusalem Road to Sandy Beach. We then head back down Beach St. past Little Harbor and the Town Common to our home in the village.

Starting out on your walk, you should first stop at the harbor. It is a bustling seaport in the summer where powerboats, yachts and sailboats share the seascape. However, it is the dedicated lobstermen that keep the harbormaster busy year round with their daily lobster trappings. At the harbor, you can pick up the daily catch fresh off the boat at the Cohasset Lobster Pound. There are also several dining spots including Atlantica and outside harborside dining available at the adjacent Olde Salt House. Turn to the right and you can see where adventurous kayakers come from near and far to  take on the Cohasset rapids where the Gulf River meets Cohasset Harbor. Looking out across the harbor, you will spot picturesque Bassing Beach. It’s a quick swim away and at low tide, you can almost walk across to catch a bit of nature and solitude. You never know what you will see at the harbor just ask my daughter. Last winter she found a mammoth mother seal and her pup sunbathing and taking a snooze on a dock in mid-January. (Picture attached is from this sighting.)

Continuing back on the walking route  you will pass many extraordinary mansions on Atlantic Ave. and Jerusalem Rd. Many of these were 19th century summer homes owned by proper Bostonians that were later transformed into year-round residences. You will soon come upon beloved Sandy Beach. Beach stickers are only available to residents as part on the town sticker that is used for both the transfer station and the beach. The cost is $50 per vehicle. The beach is located in a white sandy cove and is perfect for families. It usually takes new residents a few days to acclimate to the water temperature and is downright startling for most new to New England. It’s also good to know there is a small bath house located at the beach with all the comforts of… well, a bath house. Cohasset’s Sandy Beach has also gained notoriety within the elite triathlete community. The past three summers, Sandy Beach is the starting and finishing point for the Cohasset Triathalon event that benefits the Juvenile Diabetes Association. US Senator Scott Brown has participated in all three events finishing all with enviable times.

Looking out from Sandy Beach, you can’t help but notice the beautiful stone lighthouse called Minot Lighthouse in the horizon. It marks the area known as Cohasset Ledge and the location of many shipwrecks due to the savage rocks in this area. The lighthouse has a storied past. The original was built in 1850 to warn boaters of the rocky ledge but the lighthouse quickly succumbed to the elements and was lost in a storm along with its two lightkeepers in 1850. In 1860, the lighthouse was rebuilt using Quincy granite and the fortress like structure still stands today. Minot is often called the “lovers lighthouse” because its beacon still flashes “1-4-3″ for ” I love you”. Legend has it that the sequence was sent by the lightkeepers to tell their families all is well. Ever want to own oceanfront property? Minot Lighthouse is currently on the market for the creative buyer.

Heading back on the walking route down Beach St, you will pass yet another natural wonder called Little Harbor. This protected inlet is a treasure trove for bird lovers and kayakers alike. Before you know it, you have approached the Cohasset Town Common. It is a splendid example of a quintessential New England village green complete with a duck or skating pond. If you ever watched the film  ”Witches of  Eastwick” you may think the Common looks very familiar. For several months, Cohasset was transformed into the fictional town of Eastwick and many shots were filmed with Cher and Jack Nicholson  in the Common, village and harbor areas. The  Common also hosts many community events including the popular South Shore Art Festival, the Cohasset Road Race by the Sea, weekly farmer markets and the annual Halloween Fair. A block away is the village area where you will find a variety of little shops and cafes ranging from fine home furnishings sold at Flemings to quirky selections at Twist or delectable dining at Bia Bistro.

You may also notice many historical markers and buildings in Cohasset. The Cohasset Historical Society takes an active role in the community restoring and maintaining several antique buildings and hosting many events at their South Main St. headquarters.  If you are a history buff like I am you may be interested in knowing Cohasset was actually first spotted by Captain John Smith in 1614 when he explored the coast of Massachusetts. The town was first settled as an agricultural community as part of Hingham in 1670 and then Cohasset became a separate town in 1770. The name Cohasset or Quonaahasset is an Algonquin word for long and rocky shore. Throughout the 18th and 19th century, Cohasset developed into a seafaring village based on shipbuilding, trading and fishing. By the mid 19th century, its mackerel fleet numbered more than 50 schooners. In the later 19th century, the town became a summer colony for prosperous Boston families who built large estates along its shores.

A blog about Cohasset would not be complete without mentioning performing arts in Cohasset. In the late 19th century, a number of prominent theatre personalities established summer residences near Cohasset Harbor called Actors’ Row. This active theatrical neighborhood has been credited with affecting the course of American theater for years to come. Starting in the 1930s and for several decades, Cohasset Town Hall hosted summer theatre productions that included performances by Humphrey Bogart, Arthur Treacher and Thornton Wilder. The Cohasset Dramatic Club continues to offer performances on this very stage producing several plays each year. However, it is the South Shore Music Circus that generates the most attention these days. Performances continue in this open tent theatre in the round each summer and are a popular destination for concert-goers each year.

If you haven’t guessed by now, I am rather fond of Cohasset and all it has to offer. You are sure to find a welcoming community with a historic past and unparalleled natural beauty. If you decide to make a move  to Cohasset, give me a ring at the office at 800-649-3252.