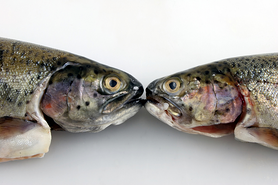 Fishing is a sport for young, old, rich or poor.  The pull of a line and an exciting retrieve are the thrills that drive anglers to boats and shores with all the weapons they can afford.  But it’s the time in the boats, getting to the shore, and the stories that are the soul of fishing.  This is the story of fishing in Quebec, economy class.

Quebec is a vast province, but getting to remote regions doesn’t need to cost a fortune.  The Dumoine region is accessed 2 hours north of Ottawa, a day’s drive from Boston, and only 4-5 hours from upstate New York.  Our fishing expedition took us another hour across primitive roads, roughly 30 km from Deep River, Ontario where there are great outfitters and less campy fishing opportunities available.   There are also fly-in opportunities out of Rapides des Joachims on Air Swisha, just across the Ottawa River in Quebec.

The licensure requirements in Quebec have two levels: the province (Quebec license) and the “Zone Ecologique de Control” (the ZEC).   The only real trick is deciding which ZEC to fish; once you do this, you’re limited to that zone.  If you’re in for a week, a one week Quebec license and two three day ZEC licenses is a good way to see more country, though a week in a single ZEC is still more water than you could possibly visit in the course of a week.   A ZEC map available at the outfitters in Deep River is worth the investment; the reverse side lists the known species to each lake.  Ours was mostly a brook trout show, though pike, walleye and lake trout are plentiful, and we caught all these on appropriate water.

Brook Trout cannot compete with many favorite anglers’ favorite catch, bass, nor its co-habitants, pike and walleye (cousin to the perch), as these fish will decimate the small fry trout before they mature.  Thus, once a lake has been infested with these species, trout cannot survive.  This is the basis for important and tight regulations never to introduce live bait (minnows) into trout waters.  If you’re going to fish with minnows, catch them yourself in the water you’re going to fish.   Don’t contribute to the eradication of a great fish.

During Quebec’s separatist movement in the 60’s, 70’s and 80’s, Americans and many English speaking Canadians found Quebec less than hospitable, and fishing by outsiders declined.  In addition, the Dumoine region was clear-cut logged, changing the landscape substantially.  Today the forest is mostly new-growth poplar and birch, but old growth white pine, spruce and white cedar remain in a few pockets.

A more welcome regulatory structure makes fishing regions more accessible again to outsiders.  The old logging roads are the upside to the logging operations of the 1970s.  Many lakes, formerly accessible only by extensive wilderness traverse (paddling across water and portaging - - walking around in the woods with a canoe on your head) are today readily accessible by 4-wheel drive vehicles.  Secondary unimproved logging roads, accessible by 3- and 4-wheel ATVs will get you even further in.   As with any wilderness travel, the further you‘re willing to go in, the more wildlife and fewer humans you’ll see.

Accommodations are primitive, if you’re on a budget.  But primitive is a relative term.  Our camp is owned by the Dumoine Rod and Gun Clu and includes a gas fridge. 3-burner stove, bunk beds, and a screened porch looking out across the lake.  We were delighted to find a fine folding card table and folding chairs where we wiled away non-fishing-hours playing cards.  Having spent enough rainy nights in our youth stuck in a tent trying to heat water to make rhaman noodles soft, we were living large.  The little tricks we’ve learned over the years to maximize comfort make staying at Camp Cullen as comfortable as the Ritz.  And the Ritz can’t touch the view …or the sounds of owls and loons in the short solstice night.

Part of the allure of wilderness camping is the richness of life, even in a place with a growing season of about 60 days.  On the final mile in we spotted a large snapping turtle laying eggs in the road sand by a beaver pond.  That evening, as we fished our own Lake Cullen, we were shadowed by a beaver whose lodge was just around the corner from ours.   A black bear sighting, wolf prints in the mud, watching a loon grab the trout one of us had just released (apparently he hadn’t fully recovered) were other wilderness encounters we won’t soon forget.

The bugs of Quebec deserve more than a footnote.  Bug spray isn’t enough, though the Native Americans’ use of bear grease was the best they had.  Full head-nets are a must, and a sleeping canopy net can make the difference between a good night’s sleep and a bad one.

A good, but fairly typical day was our third.   We began with a delicious hot breakfast then paddled our boats to the landing where the truck was parked.   We headed to Lake Benwah, which has only native trout and is closed after a certain number are taken.  We caught and kept three fine native brook trout from this mile long lake.  After Benwah, we explored two other lakes known for large pike, but were skunked.  Back at camp by mid-afternoon, Peter made a fire to fry our fish, and I went for a swim.  About halfway to my island destination two loons came in for a close look at the splashy, noisy swimmer on their lake.  Later, washing down campfire trout on crackers with a cold Canadian beer while waiting for our evening fish, I wrote in my journal.

My hardest decision for the day still vexed me: would I go with a gold Phoebe, or silver Kastmaster against the pike that night?

Here's a video slideshow of my trip, enjoy!