When visting the Dumoine region of Quebec, I’m struck first by what has changed, and then by what has stayed the same.   The man-made changes are usually more surprising, because the natural changes are such a part of the environment to be predictable in their dynamism.

This year the man-made changes included a new licensing station location.   The licensure in Quebec is a byzantine operation created by the quebecois government many years ago; its original intent is hard to figure, but the net effect is a complicated system that seems to be more about holding on to make-work desk jobs in tired old air conditioned offices than managing a fishing stock.

Fishing in Quebec is controlled by ZECs (Zone-d'Exploitation-Contrôlée, meaning controlled harvesting). The first stop has always been to obtain a transit pass at the Rapides des Joachim (Swisha) ZEC.  Then, about an hour in, one has to buy a Quebec fishing license and a ZEC Dumoine 1, 3, 7-day or year fishing license at the ZEC Dumoine station.  A 3-day Quebec and Dumoine license costs about $90.   What the woman at the Swisha ZEC (where we got our transit pass, just off the paved road) didn’t tell us, was that the Dumoine licensure station had moved to a trailer about a mile back out on the paved road.  So after an hour on bush roads, we found the station closed and had to re-trace our steps to get our actual fishing licenses.  Fortunately, these stations keep long hours, so the extra two hours of driving across poor sandy roads didn’t prevent us from fishing early the next morning.

Moving both ZEC licensing offices closer together and near where the road turns to bush road makes sense, even if we did miss the trailer the first time by.  Maybe they’ll combine the offices, but that would mean losing the opportunity to pay someone to transcribe name and address information and collect a fee. 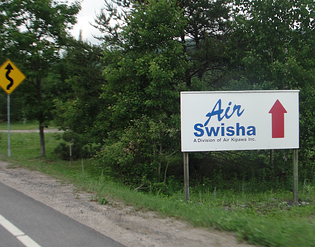 The road across the Swisha ZEC hadn’t changed much, be we were pleased to see that the Dumoine roads had been dragged, culverts cleared of beaver dams, even a new culvert installed.  Thus, the roads were greatly improved from last year.

The changes that are constant are in the natural world.   For our five day stay (with three days of active fishing), we learned that the water temperature (taken at West Trout) was a balmy 62 degrees after the mild winter.  This is generally too warm for trout to feed aggressively, and our trout count (3) was weak.   We were skunked at our first lake, Whiskey, a normally well-stocked, easily accessible lake, and a proven good early hit.  In addition, high pressure weather followed us in, making the sun hotter and the wind calmer over each successive day.   That’s pike and walleye weather.

Our second attempt at trout was at a highly controlled, natural-only (no stocked fish) Lake Benwah.   A special pass is required, and fishermen must report total caught, pardoned (released) and kept (eaten) on departure.   This usually productive water yielded two trout, only one worth keeping, with two canoes on the water early, and working for about three hours.     Thus, we changed our program to meet the conditions.  That afternoon we headed into the waters of the Fil de Grande, a mostly river, relatively fast moving body of water on the way home from Benwah.   Upstream from where the river crosses under the road is Lake Dixon.  At Lake Dixon we got well into the northern pike.  In fishing lingo, we touched a lot of big fish.

The next morning, we decided to explore our camp lake, Lake Cullen, known for northern pike and walleye, a little better.   We got our even earlier that we had for Benwah, and fished new areas of the lake with great success, before breakfast.

A great way to become familiar with the region is to join a club such as the Dumoine Rod and Gun Club, which maintains an array of cabins with easy access, on great lakes.  Members of these clubs also have years of great experiences they're usually glad to share.

On balance, the trip was a success.  One noteworthy change was the lack of bugs.  Normally the black flies and mosquitoes are ruthless, infinite, and never ending.   One should never travel to water country without proper preparation.  In addition to your favorite bug spray, don’t leave behind a bug head net

and even if you’re in a bug-proof cabin, I strongly recommend Coughlin’s mosquito netting to assure a good night’s sleep.

Changing objectives on conditions is part of the experience of fishing in Quebec.  While we only ate trout one night, the fishing experience was fulfilling.  We’ll have to see what next year’s conditions bring.  Maybe we’ll get lucky and miss the bugs.