The Return of the Russian Leviathan

Our discussion of Sergei Medvedev’s book about Russia was interesting and timely.  The book itself is an indictment of the leadership and culture in modern Russia. We began our discussion talking about what Medvedev‘s objective was in writing the book. Some believed it was a chronicling of the Russian mindset, and Bill, the writer among us, said it felt like a series of newspaper articles organized into the format the author chose. Some optimists among us felt that change may be coming to Russia from the people, and the influence of external forces on Russian society, but the history, and literature from Russia, sadly suggests otherwise.

The book is organized into four separate sections: War for Space, War for Symbols, War for the Body, and War for Memory . It helps to understand each of these to appreciate the breath of the current damage, and as context for our discussion.

In the War for Space, the author talks about territory, including the ecological disasters occurring in Arctic oil fields, and Russia’s revanchist approach to empire rebuilding, most notoriously the annexation of the Crimea three weeks after the Sochi Olympics, and of course preceded by forays into South Ossetia and Chechnya.

The War for Symbols runs through many familiar Russian symbols. The first is Red Square, 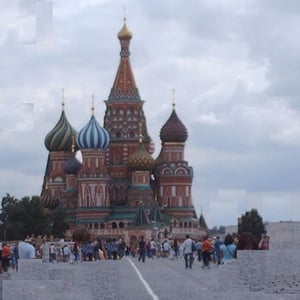 a beautiful but barren place; built not for people to enjoy but designed to exude power. Another symbol is Kutusovsky Boulevard which runs parallel to traffic-jammed streets into Moscow, an open boulevard reserved for the rich and powerful.  High-speed accidents occur frequently but more importantly, its exclusive use highlights that the powerful live differently.  Threats from outside or from inside are other symbols: threats are used to justify allocation of state resources (instead of improving roads, for example).   Another, Thugs: the 2016 football championships in France witnessed Russian fans beating up English fans in the streets.  Even President Putin, while officially denouncing these acts, quipped “How did 200 Russian football fans best up 2000 English fans?“ symbolizing the virility of Russians over the weakness of the English.  Tanks, which began their decline in World War II, but still paraded in Red Square.   The thing about many of these symbols: they're empty, false facades; it's no coincidence that a Potemkin Village was Russian.

The War for the Body represents the final frontier of the state taking everything from its people, including their bodies. Russia’s intolerance for the disabled, persecution of homosexuals, and broad cultural disparagement of women is part of the War for the Body. Half of Russian women have been raped or successfully fought off rape attempts.  Juxtaposed to the Russian control of the body is Western tolerance.   From this section we had numerous and deep discussions about complexity management: the development of human capital in a complex society thrives on accepting differences; this is expressly protected under the law here in the United States and in Western Europe: race, religion, sexual orientation.  Russia’s intolerance is reminiscent of Arabian exclusion of women from the labor force, and suppression of ideas under China’s current model, preventing it from entering the fast developing, always innovating world economy.   More on the legal structure protecting diversity, and property, later.

The War for Memories begin with the expression that nothing is more unpredictable than Russia’s past.  History is a tool for the authorities, not something to explore past transgressions or failures to improve understanding, to improve the future. The role of Stalin is particularly troublesome for Russians, unlike post World War II Germany, which struggled for decades to reconcile its history with a brighter future.

The status of leaders and events throughout Russia’s history rise and fall with the times. Putin himself said that one of the greatest disasters of the 20th century was the collapse of the Soviet Union.  While Breznev has maintained a good reputation as the steady uncle, many Russian leaders have been purged from the collective memory.   Except Stalin; too big, too Russian; love him or hate him, and privately, not openly.

Jeff had suggested that many of the problems in Russia today have parallels in the United States. Others rejected this idea, suggesting that some are universal human traits - abuse of power, falsehoods to gain advantage,but the bad that we do as Americans is supersized in Russia.

Medvedev makes it clear that Vladimir Putin drives the narrative in Russia today, so it’s worth pausing to examine his ascension.  Putin was a street thug in Lenningrad (St. Petersburg) who joined the secret police, rising quickly to head of FSB under Yeltsin.   From there his rise in power as prime minister was accompanied by oligarchs stealing, and on occasion developing, state assets in the post-Yeltsin era.  The Russian GDP grew 170% in Putin‘s first 10 years in office.   Putin consolidated his power over the oligarchs as narrated in a previous book we’ve read, Bill Browder’s Red Notice.  The Sochi Olympics represented the pinnacle of Putin’s ascension in many ways; showing off a beautiful venue, center of the world stage, with Russian athletes excelling.  Then everything came apart: the post-games doping scandal, disclosure of massive theft of state assets by the well-connected; all this followed closely by the annexation of Crimea. This began a reversal of fortunes, a slide that continues unabated.  Sanctions assured that development of Crimea with Siemens electrical generators would not happen without German engineers, and of course continuation of the hated Magnitsky Act and further sanctions.

The question we pondered was, was Putin driving so much of what is happening in Russia or is Putin just another Russian ruler in a winner take all game?  One can make strong arguments either way.  The danger to the world?  He's a racketeer, with missiles.

Russia’s well known xenophobia is a controlling mechanism of the state, another Symbol used to garner state resources, and keep people at home.  Russia’s isolation is partially self imposed, and partially imposed upon by foreign reactions to its revanchist nature. The Magnitsky act, isolating oligarchs from world capital markets is an effective mechanism for pressure at the top. Who pays the price? Russia’s many orphans, among others.

A few years ago the state decided it would be a good idea to burn all the foreign imported cheese in Russia.  Cheese is an interesting topic in discussing Russia.  Russia can’t make good cheese because good cheese takes time.  In a society where there is no predictability to the future, it makes no sense to develop something that may take months or even years to prepare.  We learned in Bill Browder’s book Red Notice that the Russian system is a kleptocracy from top to bottom. During the post Gorbachev early Yeltsin year’s Browder made money investing in Russia.  But in a society where stealing from your neighbor creates higher social status, you cannot invest if you don’t know that you can keep the fruits of your labor tomorrow.

Our discussions drifted back again to the advantages of the United States and western Europe approach of rule of law with a coequal judiciary.  In Russia there is no redress for abuse of power. Power over another, whether it be physical, financial, or otherwise seems to be core to the Russian psyche.  The winners in today’s global market are those who understand accommodation, acceptance of differences, collaboration, and problem-solving. Russia is a bully.  And they’ll steal your stuff, if only for status.  Who would want to interact with such creeps?

One important factor not discussed in the book but timely for our discussion is the price of oil. Russia needs oil at approximately $70 a barrel and $100 bbl in the Arctic to finance the state and all its machinations. As a country with no human capital able to compete in a global economy, the collapse of oil prices portends more suffering in Russia than has been chronicled in this book. This prompted a re-examination of the question of whether the Russian people are ready for a measure of freedom, human dignity, and dispersion of power.  Here the book offers some guidance: for Russia’s future don’t look to politicians or sociologists. Look to Russian literature.  What a depressing thought.

We discussed the future of Russia after 2024 when Putin’s current term ends.  He will be about 70 years old.  A recent article in Politico.eu suggested that Putin will install another puppet to allow him to act as chairman of the state, continuing to pull the strings, but not actively drive. The collapse in oil markets, and the current inability of Russians to compete in international markets, and now the spread of Coronavirus in Russia, all suggest a darker future; we even compared them to the miserable state of North Korea. Time will tell but Medvedev seems to suggest that Russia is not ready for the rest of the world.  It never has been.

Empires of Light: Edison, Tesla, Westinghouse, and the Race to Electrify the World