Red Notice is the story of big finance in Russia by Bill Browder, founder and driving force behind Hermitage Capital, a uniquely successful mutual fund that took advantage of undervalued, recently privatized Russian companies' assets in the early to mid 1990's.   As well as a story of power, greed and corruption in Russia today.
We began with a few personal experiences with Russia.  Bill had visited USSR in the 1970's: gray, dingy, repressive. No children to be seen anywhere.  Bill told a more recent story about the son of a friend who was held at Russian border only 3 years ago, for a $65,000... 'exit fee'. The U.S. State Department said to pay it before the boy became an embarrassment and disappeared. Such was our single direct contact with Russia before beginning our discussion of the book, the book about systemic human abuse, greed, corruption. Russia is a dangerous place, run by nasty people.

The book begins with Browder's arrival to Sheremetyevo Airport in Moscow, toward the end of his run in Russia at Hermitage. On the flight he had read a story about another American in a foreign country, China, which had imprisoned a fellow Stanford MBA, Jude Shao; this was troubling foreshadowing, as Browder was then held at the airport, unlike hundreds of prior flights. The opening scene was tense, setting the stage for the strong arm of the Russian legal system.

The privatization program where Browder was in the right place and the right time, with the right drive and intellect and willingness to be on the ground floor, was one of the greatest arbitrage opportunities in modern investing history.  Dealing with the Russian state was another matter.

Browder began his valuing and investing career in Poland, where he saw an opportunity to buy ownership in a company for a nickel on the dollar, as that country was trying to de-nationalize many former state-owned industries. Opportunity soon brought him to Russia, where his efforts led to a ‘eureka moment’ in Murmansk.  Consider this: a fishing company with about 100 ships, each costing about $20,000,000. The fleet was roughly half depreciated, meaning the fleet – the physical assets alone - was worth about $2,000,000,000 new, or a billion dollars after 50% depreciation (average age was 7 years).  Management had an opportunity to purchase this billion dollar business for $25 million, or about 12 ½ cents per hundred dollars of value. Just for the physical assets. 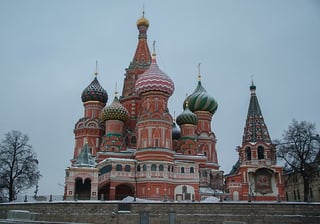 What Browder learned, and was struck by, was that very few people in Russia had any idea how to value a business.   These owners had no idea, no background, and no experience in determining a value.  After all, after a hundred yeears of 'state-owned' industries, value was unimportant..

These incredible arbitrage opportunities were not known to brokers in western cities: The realization could only be understood by being there on the ground, talking to business owners, learning the nascent equity markets. Doug concurred with the hard work described: as a consultant, he described the heady days of consulting overseas trying to stay ahead of the client's understanding. Bad food, bad accommodations, cold winters.   Bill Browder was there.

Some other amazing stories we discussed centered on the people Browder was able to connect with: Edmund Safra, a world famous investor early in the book; a meeting with John McCain later.  Bill Browder could open doors.

Joel questioned the credibility of several of the story lines, including Browder's luck. One example was when Vadim bought a CD on a street corner, full of information about public company structure in Russia. This was full of crudely organized data about corporate control, sold on the street corners of Moscow: a virtual Rosetta Stone of corporate ownership in Russia.  But Jeff reminded us on his professional respect for the work that Browder did from the ground up, the street work, understanding how things got to be the way they were.  This tedious work created opportunities and understanding.  The data would be useless to most people; Browder and his team recognized its value, and leveraged it.

Within Russia, a small group of other people did recognize the opportunities.  These people today are Russia’s richest people. Vast fortunes were created by aggregating assets – often through entirely phony ownership transactions – in the early days of privatization,  Putin was among these, but was separately slowly securing his own power.  We all recalled the scene in the book where an oligarch is sipping champagne and sampling caviar on his yacht in the Med; he sees Mikhail Khodorkovsky on TV in a cage in a Moscow courtroom.  Putin had consolidated power.  Oligarchs asked, what did it take not to be stuffed in a cage?  Putin: Fifty per cent.

Putin is Russia's new tsar. It took 100 years of interim, but he's the tsar.  His financial value is difficult to quantify because so many assets are held nominally by others, but U.S. News estimates $200 billion.  Forbes has ranked him as the most powerful man in the world for the past six years.   He is 65; what is his end game?

We believe that Browder’s own drive for justice was based on measures of guilt, lost justice, and need for revenge.   As the powerful began circling, how could Browder put others in his team at so much risk?  The escape of some employees juxtaposed to Magnitsky’s failure to escape was reminiscent of Jan Karsky (Secret State).  We questioned whether they all truly understood the danger of making money in Russia.  Clearly, Sergei Magnitsky overestimated the power of law and justice in his own country; and Russian traditions of criminals using the government as a tool to their personal ends prevailed.

The opportunities were limited to natural resources companies. Trawlers, oil, No intellectual property or businesses providing services. Such is the nature of Russian assets.

Sergei Magnitsky's brutal treatment by the government was systemic, built into foundation of the system itself.  Russia’s long history of human abuse is blossoming under Putin.  Nothing was fair or right.

The book's last chapters followed the tedious and circuitous route to passing the Magnitsky Act, which now appears to be an effective thorn in Putin’s and his oligarchs' sides.  Witness the meeting arranged by Natalia Veselnitskaya with team Trump in 2016.  Browder himself testified before Congress that the effort to repeal the Magnitsky Act was orchestrated by high level Kremlin officials.  Browder also testified that opposition research company Fusion GPS lobbied against the Magnitsky Act as well. These are big, well fimded influence peddlers.

An overall takeaway from this book is the absence of a rule of law, no independent court system, no check on the theft, the abuse. The foundational flaw is the lack of effective checks and balances, permitting cover, deception, and lack of accountability. Here in the U.S., there is a level of expectation, rarely perfect, but within a range of predictable and reasonable, that truth eventually emerges.  Russia still denies these truths exist.  Learning this through an interesting, but tragic Russian story made this book selection one of our favorites of the year.