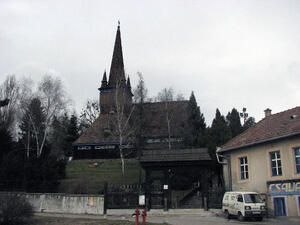 You're probably familiar with J.K. Rowling as the author of the beloved Harry Potter series (I'm a huge fan myself). In her first novel for adults, The Casual Vacancy, it's a bit of a shock to recognize her writing style paired with very real and serious social issues, rather than a wizarding world. However, I enjoyed this book very much, and while not a Harry Potter novel, its characters have intricately intertwined backstories, as does the bestselling series.

The Casual Vacancy is about a small town in England called Pagford where a member of the local council, Barry Fairbrother, dies. His death is the spark that sets off the rest of the events in the novel, and a decades-long debate that has divided the town for years is finally freed from its impasse. The townspeople have argued over whether "The Fields" (a section of Pagford that houses many poor, desparate lawbreakers and the lowest of society) should remain a part of Pagford or be switched to Yarvil, the adjacent city. Drama and scandals ensue in the weeks leading up to the election, but the novel doesn't end there. The Casual Vacancy hosts an array of characters of all ages and classes, yet somehow all connected. Many of these characters embody very mature topics, such as political corruption, death, drugs, and just about any you could name. The finale of the story is logical yet a surprise, and the novel leaves a few questions unanswered and leaves readers thinking.

The novel jumps between the perspectives of at least ten characters. While this initially makes the plot a bit dull and hard to follow, after the first few tens of pages, the story becomes exciting, complicated, and interesting. J.K. Rowling proves herself not only as an author for children's literature, but for adult reading as well.

While interesting, The Casual Vacancy is surely meant for more mature readers. I am 17 and thoroughly enjoyed it, but I am one of the most avid readers I know and would not recommend this book to most of my friends, as even I felt some parts were dull. I definitely would not advise anyone under the age of 14 to read this. However, for any adult looking to enjoy the magic that is J.K. Rowling's writing, I'd say give this a try. For a younger reader like myself, the story also opened my eyes to many of the adult issues and themes and gave the perspectives of everyone involved in such topics. Overall, while I enjoyed The Casual Vacancy very much, it is certainly a book for more mature and determined readers.

The Man Who Loved Dogs - by Leonardo Padura

A Climate of Crisis by Patrick Allitt: Book Review