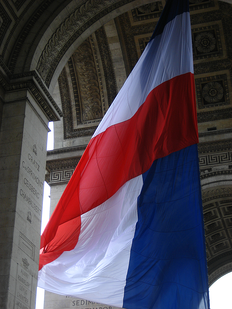 We met to discuss the novel Paris with most of us having read New York, London, and Sarum. Comparisons to these novels were useful in our initial discussions but ultimately we felt that Paris stood on its own for certain reasons.

Was Paris able to present the city as well as London or New York did for those cities? In some ways Paris captured the city well, but we also though that the sense of place was more effective in the other two novels. But if these novels gave a better sense of place, Paris gave a terrific sense of the kinds of people who have populated Paris and made her such an interesting and quintessentially cosmopolitan place. The title could have been "Parisians".

Similarly, discussions of the aristocracy led to comparisons with Downton Abbey, and the post-Great War period, with Louise and Claire and Marc and Hadley led us into discussion of A Moveable Feast, A Farewell to Arms, and other descriptions of those times in Paris. Rich characters make a good novel. 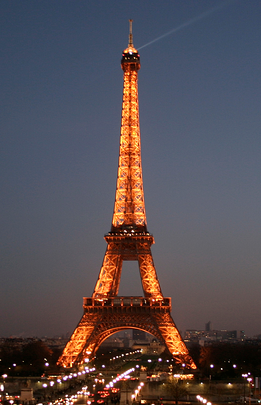 There were people and periods and times some wished Rutherford had written more about. Could not Charlemagne have been introduced at some point? Could we have spent more time in the renches of the Great War, or had London described enough of that horrible time? Napoleon? Perhaps these giants of France were not the giants of Paris. And of course, WHY didn't we learn about the origin of the skeletons in the catacombs? We expected to hear at least a tiny bit more about that story.

Geoff found it a bit too contrived when the girlfriend of the aristocrat who houses the German High command happens to be the Madame of Paris' brothel also serving the high command. But isn't that the role of this novel? To string separate pieces of that world together in a single story?

It was heartening and satisfying to see the Le Sourd and De Cygne families reconcile in a tragic, but heroic way during the Resistance, especially after so many years of (mostly one way) enmity. Time heals many wounds.

The chapters on the Resistance reminded us of Norwell's own Phil Causer, shot down in France, who joined the French underground, and had a French girlfriend, before making his way across the front line. Of course, he never did make it to Paris.

The family structured outline in the table at the beginning of the book was interesting and more than occasionally helpful, but it also gave away the story in a few instances where not knowing who would marry whom would have enhanced the read. And with so many characters and enough references to earlier times, viewing the family tree table happened easily.

While the great divisions within society, such as the aristocracy and the bourgeoisie were well described, and the division between Catholics and Protestants equally well described, the story of the Jews reminded us all of religious and social injustice. Europe's treatment of the Jews over the centuries was horrifying, and Rutherford characterized a small slice of this broadly accepted treatment in London as well. On religion, Jeff, who was not in attendance, has posed this question: "Is it the actual texts of the great religions, the Torah, the Bible, and the Koran, that are filled with so much intolerance, or is it purely the human element?" There is plenty of religious text that is exclusionary, myopic, and self aggrandizing. Chapin pointed out that religious groups don't do well with power. Consider the Muslim Brotherhood and Persia's Khomeini, Israel with Palestinians, Puritans in Early Massachusetts, and other theocracies. Not a great model for government power. After all, power corrupts.

Doug was nearly alone in his criticism that the prose was rather choppy. He argued that there were too many short declarative sentences. But something we all agreed on was that the timeline was too jumpy and rather ineffective. One exception to the chronological pinball: Geoff remarked that in several sections when reading without full attention, and in scenes of domestic, business, or social interaction, when the century was not known, that the human element was consistent. Thus, the question: "What century are we in?" was not given away during these human interactions, which supports the theme that many of our human interactions are not so much a function of the century we live in, but by the richness of the relationships we develop, be they at home, work, or in other social matters.

Criticisms come easily when the author has been visited many times and has set a high bar: this is our second book club meeting when Rutherford is the author. His work has inspired us to pick up his other novels as well, such as Sarum and London. It is a testament to the author that we chose to read Paris before it was available, and most of us would recommend the book to others. Kay has already started reading mine. If you want a fun historical novel that takes place in a great international city, this is the novel. If you really want to understand Paris the city, you'll have to move there. We think you won't be disappointed with Paris.