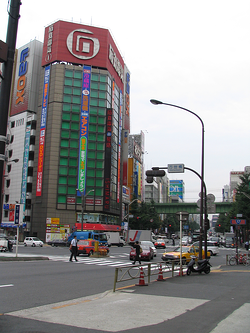 This was a book that met one of our book club’s central tenets: it was a book we would never pick up and read on our own. This was the story of the murder of a young English woman, Luci Blackman, in Tokyo, the difficult and Byzantine police response following her disappearance, and the tearing apart of her family and friends.

For the first third of the book, you don't even know if they will figure out who her killer was.  It turns out the crime rate is so low in Japan that the police were unprepared and inexperienced in crime investigations against a perpetrator as skilled and careful as this case. Were it not for Luci's father Tim Blackman, the investigation would have gone no further than investigations of previous murders by the story's monster, Obara. Tim Blackman, for all his failings, was the force behind the ultimate discovery and capture of his daughter’s killer.

The book also examined the extensive personal fallout from Luci's disappearance/murder. One line toward the end of the book summed up: where after some tragedies,  people come together, in this case the centrifugal forces pushed people apart: Luci's' mother Jane, sister Sophie, brother Rupert, and friend Louise all ended up with their own sets of demons, and all suffered mostly alone.  The damage of the murder, the tedious and impersonal investigation, the battered relationships among people in Japan, all contributed to the depths of despair for all the affected characters.

Some of the greatest insights into Japanese culture included examination of its xenophobia: separation of gaijin (foreigners) and particularly deep prejudice against Koreans, which may have been at the heart of Obara's sociopathy. The protocols within Japanese society toward criminality, including a 99+% confession rate, stifled the investigation and the conviction (there never was one) in a variety of ways; the expectation of "salarymen" to hang out and flirt with young women after work and before going home sustained a 'mistress for an evening' custom, where excesses were mostly reined in by unwritten rules of engagement; precisely where Obara inserted himself. Obara operated cleverly within his society, understanding its vulnerabilities, and leveraging these to satisfy his personal brand of depravity.

The trip into such degradation in the underbelly of an urban Japanese society was distressing.  We all agreed it was worth reading, but to peer into the heart of evil is not a place to visit deeply, or often.

Some questions we explored:

The other gross characters:

And the outlier of human personality (the effective sociopath) intersecting the outlier very rich and very smart (the evil genius) trust fund operator: together enabled his continuous two decade long sex crime spree. The combination of evil with its effect on all the people it touched was beyond disturbing, particularly as these characteristics collided badly with an otherwise normal, adventurous yet inexperienced girl.

Our conversation led into a broader discussion of institutions (or in this case an entire culture) lacking adequate degrees of accountability, and how such institutions leave room for evil to sprout quietly up from within, ultimately challenging the very foundations of the affected institutions. Would the case change Japanese police procedures? Even that question remains unanswered.

The Sirens of Titan: Book Review