The Sirens of Titan: Book Review 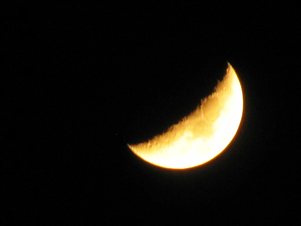 Finally! I'm done with Vonnegut forever! Or at least for a long time.

Although the writing of The Sirens of Titan focuses mostly on a man by the names of Malachi Constabt, Unk, or Space Wanderer (depending on his location), the story is truly about another man by the name of Winston Niles Rumfoord. Rumfoord finds himself in an unusual situation caused by space travels, and he develops the ability to see all of time at once. With his ability, he plans on doing something fantastic: uniting the people of Earth.

Rumfoord manipulates his own wife, Beatrice, as well as Malachi is such a manner that Rumfoord essentially de-humanizes them. In all fairness, Rumfoord de-humanizes several other human beings by erasing their memories and having them prepare for war. Where do these soliders train for war? On Mars. What race do they consider themselves? Martians. Who will the Martians fight in the war? The Earthlings.

Rumfoord creates his own church, known as The Church of the Utterly Indifferent. Malachi acts as a messenger, and travels from Mars, to Mercury, back to Earth, and then finally, to Titan, the largest moon of the planet Saturn. The content of book revolves mainly around Malachi and his struggles to win Beatrice's affection, his son's affection, and his life's purpose. 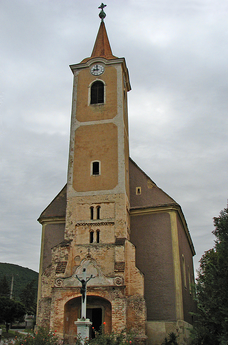 The themes that shine primarily in this book include religion, fate, and family. The religion theme comes to life when Rumfoord develops his own church, Malachi acts as a holy messenger, and when people follow a specific set of ten commandments. The fate theme is much more prominent, and is shown with several examples. Because Rumfoord can see all of time at once, he makes predictions about people's fates. Even though these people try to resist their destinies, their resistance causes their fate to become reality. The family thing lies primarily with Malachi- ignored by his father, shunned by his mate, and unloved by his son. Even though Malachi has no true family connections, his loyalty to his family is one of the most moving ideas in the book.

This book, unlike some other Vonnegut works, is written in a mostly linear progression. This allows us to follow along better than with some of his other works. Since we already know Malachi's fate, we are able to follow along with the story even when his name changes.

I also liked the concept of people trying to avoid their fate is what actually leads to them to their fate. It's a very clever interpretation of time, much unlike the popular time concept with which someone's resistance can change the future. With The Sirens of Titan, what is meant to be happens, regardless of any character's will to prevent it.

1. Winston Niles Rumfoord. His character development is great, but there's just something about that guy that I hate. The way he manipulates people is cruel and intentional- he won't even assist his wife financially. His circumstance is one where rather than resisting his fate, he accepts it and won't even try to do anything else. If maybe Rumfoord went against what is meant to be, something exciting would have happened.

2. Malachi's long journy. The ideas behind Malachi's journey were great, but it was sooooo loooonnnngggggg. I think the book was a little lengthy to tell the story that Vonnegut wanted to convey. And then there were paragraphs, pages even, that seemed unnecessary to the overall plot line.

3. Some of the language used was not vile, but it wasn't pretty. It's just bland and boring.

4. The ending!!! I can't even spoil the ending, because it felt as if the book didn't even have a true ending. Ugh.

Hey, if you're into Vonnegut, go for it. If you like novels about fate, then maybe this book is for you. However, I can guarentee that there are more titles out there that you will like loads more than The Sirens of Titan.