If you haven't heard of The Hunger Games, then there is a large chance that you have been living under a rock.

Suzanne Collins's highly praised series has gained a lot of attention over the past few years. Just over a year ago, I attended the midnight premiere of The Hunger Games, and that movie absolutely rocked! (Check it out, AFTER you read the book.) The rest of the movies for the trilogy are in production, and here are some quick spiels from me about the series. 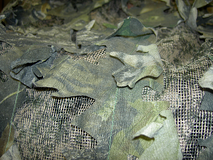 Katniss Everdeen lives in District Twelve, and offers herself as tribute in order to save her sister Prim, from competing in the Hunger Games. The Hunger Games are an annual event in which children from each district must compete to the death. Katniss and Peeta, the other competitor from her district, journey to the Capitol, flirt with the media, and eventually take part in the slaughter that are the Games. Using trickery and strategy, Katniss and Peeta live to the end. There's only one problem: there can only be once victor. Instead of murdering the other, the two plan a joined suicide, forcing the Game Makers to allow two victors for the first time. However, the battle for Katniss and Peeta has only just begun. 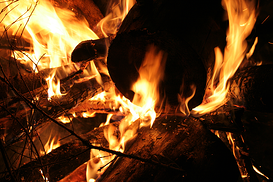 The girl on fire returns once again in the sequel. Selected to compete in the Quarter Quell, Katniss must once again live the nightmare that is survival of the fittest. The Games in the second book differ from those in the first, but Katniss essentially does the same thing she did before: make friends, use strategy, and lie to earn the sympathy of the audience. Faking a pregnancy, Katniss competes as the world watches her fate. The most alarming thing is the ending. Katniss does not win. Rather, she is busted out by refugees from District Thirteen, along with other competitors. Peeta is not saved, but captured by the government and held hostage. The book ends with a cliffhanger, which can only be satiated by reading Mockingjay. 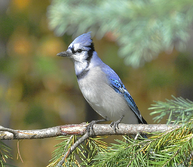 To be honest, I don't know if I have the credibility to write about Mockingjay. The Hunger Games was brilliant, Catching Fire was alright, but Mockingjay was downright horrible. I couldn't even bring myself to finish the book, and that NEVER happens. What's the point of starting a story if I'm never going to finish it? But I couldn't. I simply couldn't. The plot line went from being clever and exciting to boring and slow. I literally had read more than half the book and absolutely nothing had happened. It's a shame that Mockingjay turned out so horribly, but I believe it to be the horrible end of what was a great idea for a trilogy.

The Hunger Games is definitely worth a read. (The movie is fantastic too.) If you like the first book, then give the second book a chance. If you want to read the whole trilogy, then go for it. However, if you don't want the fantastic idea of The Hunger Games ruined for you, then I recommend reading the first book and then stopping. The second book was highly repetitive with ideas from the first, and the third was unbearable.