In my last book review blog, I wrote about E. L. Doctorow’s Homer & Langley because a.) I had to read it for school, and b.) I enjoyed it a lot. My senior English that class this year is AP English Literature, so naturally I ended up reading some good titles over the summer.

It was worth it. 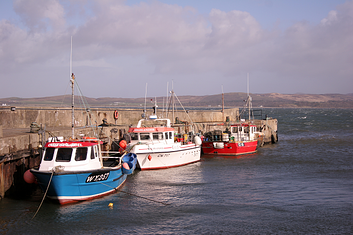 Wow. Where do I even begin? This novel has it all- a murder trial, forbidden love, a post-World War II atmosphere, and more. Taking place on San Piedro Island off the coast of Washington state, the community is described as a small fishing town where everybody knows everybody’s business.

To open the story, Guterson begins with the murder trial of Kabuo Miyamoto, a man accused of murdering Carl Heine. In this small community, Carl was one of the most respected fishermen, and in the eyes of the citizens Kabuo is automatically guilty. Why? Kabuo is of Japanese ancestry.

But Kabuo has his own story- one regarding a particular strawberry field and his family’s honor. His wife, Hatsue, also plays a huge role in the plot because of her history with Ishmael Chambers, the town’s crippled reporter. Ishmael lost an arm fighting against the Japanese in World War II and struggles with his conflicted feelings of love for Hatsue, as well as a hatred for the Japanese that blossomed during the war.

The stories of the different characters affect the outcome of the trial. The only question is: will Kabuo be found innocent or guilty?

I already said it; I’ll say it again. Wow. Although it took me about two weeks to finish this monster of a book (460 pages!), this book saved me from going crazy during an eight hour family car ride to Virginia. The story is fantastic; I would recommend this book to anybody craving an unpredictable plot.

Guterson’s vivid descriptions really help the story progress. At times his descriptions would seem to ramble, but the writing was always superb. Evidently, his fantastic writing was recognized because the book quickly became a bestseller, and it also won the PEN/Faulkner Award for Fiction in 1995.

After doing some more research, I discovered that it took Guterson ten years to write Snow Falling on Cedars. Bravo, Mr. Guterson. It certainly was time well spent.