A Moveable Feast and The Sun Also Rises

Moveable Feast contains the theme the Hemingway writes the truth.   Write one page of truth and discard 90 pages of crap.  The quality of writing can be measure by the amount of good work that has been discarded.  The characters from A Moveable Feast are all enjoyable, so is the story of Hemingway’s years in post WWI Paris.  Scott Fitzgerald was human, Zelda is crazy, Gertrude Stein and Alice B Toklas lesbians in a time when people didn’t talk about lesbians, the smelly liar Ford Maddox Ford,  and of course,  his love, and the collapse of his love to, Hadley.  The path of criticism of the bohemian lifestyle of “the Lost Generation” group of ex-patriots wining and dining their way through Paris is easy to walk down, but one can brought back by not viewing history through any-colored, contemporary glasses.  This book is in fact, post- war Paris, where the celebration of life after the horror of the world’s first world war continued.

Interestingly, after all the descriptions, one should note from Hemmingway’s book on writing that he had disdain for writers who wasted their lives away boozing and talking in French cafes..  Witness his discipline in waking, writing, living, and writing more.

The close while skiing in the Vorarlberg in Austria brings a brief description of the unraveling of his marriage to Hadley, and his complete mea culpa for that affair.

Love may be a transition to The Sun Also Rises.   The shallow love and obsession with Brett Lady Ashley is a common point of focus for many of the other characters.   She loves Jake as a girlfriend, the one safe (impotent) man in her life.   She wrecks all the other men who loved her, her husband Lord Ashley, her fiancé Mike, poor pitiful Robert Cohn, and of course, the vulnerable magnificent Romero the matador.  Only the war veteran Bill Gorton seems immune to her wiles; perhaps he had seen enough in the war to see the truth.

The fishing scene with Bill in the hills above Pamplona is touching.  Catch a few trout, drink a little wine, nap, and return only after enough fish were taken. Maybe stay an extra day. That’s living.

One can disagree about how despicable is Cohn, the amateur boxer, who would drag the elegant master of another craft into his fighter’s world (again, over Lady Ashley). Some can find him a sympathetic character; surely a pitiable character given others’ treatment at every turn.   Recognize the anti-Semitism as common to the day, and this elicits a measure of sympathy, but Cohn is hardly a likeable character.   Perhaps there is disagreement on whether his beating Romero was so much worse than hitting any other random character. (Editor: why would Hemmingway have opened the book with a biography of Cohn, if not to highlight his amateur boxing status?) 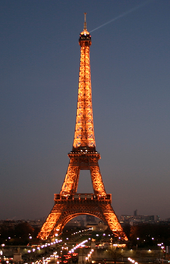 With all the dialogue, none of the characters engages their friends on things that matter: not their fragile relationships, nor their responsibilities to themselves or to others.   The characters’ failure to speak the truth makes the reader discover it through the dialogue, actions, and misadventures of this well developed cast.

Overall, it’s great to visit the master.  Highly recommended as a follow-up, A Farewell to Arms and Follet’s latest, The Fall of Giants, the first in the Century­ Trilogy about WWI.