Benghazi – 13 Hours was a good book after the much heavier Capital in the 21st Century, and we all enjoyed the break from that previous tome.   Most of us completed this book - only 300 pages in the hardcover - in a few days, and it was often read like the movie it will become.   Doug felt the writing was less smooth than Zuckoff’s Shangri La which we read a couple years ago, but the nature of writing about what happens to a dozen people in 13 hours of firefights is fundamentally different from a lengthier chronicling of 3 plane crash survivors in a completely different set of dynamics.

Once we all established that we all enjoyed the book, we didn’t take long to ask how and why the defenses in the compound were so unfit for the protection of the personnel there.  Fault lies at many levels, so we’ll start at the top.

Ambassador Stevens’ request of Washington for better security was denied partially based on the ever present ‘limited resources’ argument.  But the Secretary of State can’t come out and say, ‘we can’t afford to keep our diplomats safe.’    Decisions based on political calculus often end up with unintended consequences; in the case of the diplomatic mission in Benghazi, the consequences were tragic 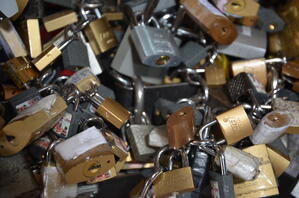 The security at the diplomatic annex was a level far below the security in the Annex, and we talked about why this was the case.  Why would the diplomatic compound rely on the local November 17 militia for security, especially when Benghazi was in such a state of turmoil?   The reliance on this local militia for perimeter protection, for attending to the gate, and generally for an understanding of local power structures turned out to be a mortal mistake.  Even Station Chief Bob’s tortured 20-minute delay hoping for assistance at the diplomatic compound from the local militia seemed misguided and naïve in retrospect.  Why was there no reliable security in such a dangerous and chaotic place?  Part of the answer lies in the gulf between career diplomats who live in and understand a region and their political masters using very different decision metrics.

We wondered whether the Ambassador would have survived if the Annex team had been permitted to get to the diplomatic compound without delay.  Our opinion of Bob changed when we considered several immediate questions:  whether the Annex should leave itself open to attack if all the contractors left?  They didn’t know what kind of forces – small and disorganized, or overwhelming  - would meet them at the compound.   But we did agree that the poor security at the diplomatic compound - which allowed unfettered access right nto the compound by hostile forces - was inexcusable.

The other observation was that the defensive team in the diplomatic compound seemed like lightweights compared to the contractors at the CIA annex.  The book didn’t discuss why the Annex had such battle hardened warriors, while the compound team (government employees) charged with keeping the Ambassador and other diplomats safe seemed less up to the task.  The discussion slid into the relative benefits of hiring contractors vs permanent employees for specific tasks; Doug (our resident contractor) is headed soon to Oman, Bahrain and destinations in the desert for contract work, preferring not to speculate too deeply on security and the spread of this extremist contagion. Doug remarked how save Amman Jordan felt on is last visit there.

The book and our discussion avoided politics, mostly, as the book never was clear about whether the decision to ”stand down” came from Washington or was station chief Bob’s, simply following bureaucratic protocols.  However, we mostly agreed that the decision to send Ambassador Susan Rice to Sunday talk shows to blame the attacks on a video (which had prompted demonstrations in Cairo), was an overtly political decision to misinform the American people weeks before an election.  That disinformation campaign was successful, with no evident repercussions.

We also talked about life for ordinary people living in the Middle East during such turmoil, when governments fail, to be replaced by warring factions competing for oil revenue or other spoils.  It isn’t working out for Libya - which provided 2% or world daily oil a decade ago, and today which yields only 200,000 barrels a day, and at a price below its extraction costs.  Where will this lead Libyans?  What a humanitarian disaster is in the offing.

Some opined, life under Khadaffi or Saddam Hussein doesn't look so bad to many paople in retrospect.  Jeff dissented, pointing out if you were the tortured Iranian soccer goalie, or similar victim of Saddam Hussein and other dictators: uncertainty is better than death by dictator.  These dictators were ruthless but stable in the short term.  Many prefer stability.  Would you give up freedom for security?

Problems for Americans arise not usually because of majorities, but from fringe extremists.   We must be careful generalizing about nations and their relative threats to our existence.  Larger and smaller groups populate the spectrum of feelings. But 1% of 100mm is still a million people, and 1% of that is still 10,000; extremists can unleash terrible damage, anywhere in the world.  Rob R reminded us that threats to self and family are met with great force, but if families and self are secure, we can focus next on our local communities.  Threats here are given due attention,with responsibility and control yielded to local police and fire. If local communities are safe and secure, we look to our state or region, then to country (safety yielded to our military) then finally to the broader world.  Global threats became very local to New Yorkers in 2001, extending to local attention across the country in the years after those attacks.

In our thread of extending American interests throughout the world, we asked, do American efforts to build schools and hospitals insulate us from 9-11 or Charlie Hebdo-style attacks?  This was Ambassador Stevens’ vision.  A consummate diplomat, he believed such work enhanced American interests even in the darkest corners of the world.  His vision was undermined by political forces with different agendas.  And of course even Americans who get free food, shelter, and education don't seem to be particularly grateful to the taxpayers who finance their benefits. Does building schools and hospitals enhance our security at all?  We kicked this around.

Further discussions of threats led to Charlie Hebdo's Paris: In France is a country populated by Muslims who do not embrace modern western society, and many French who do not embrace a global reality.  The absence of stable governments protecting its citizens now in great swaths of the Middle East is manifest in the Charlie Hebdo attacks: French extremists got military training from a growing lawless region of the Middle East, resulting in a military style assault on a private business and its employees.  While the U.S. is more geographically insulated, and our long history of successful integration of immigrants make us less vulnerable to these attacks than, say, France, threats are growing.

Geoff brought up an economic trend that portends more trouble, and which should demand open discussion of the benefits and challenges of isolationism.  Since World War II, the U.S. Navy (and air power and army) secured clear and open trade routes across the Atlantic and Pacific, including energy out of the Persian Gulf.  These open trade routes under Pax Americana enhanced an economic boom around the world over the past four to five decades. Today, with the very recent development of new technologies to secure reliable domestic energy, the need for predictable Middle Eastern energy has dissipated.  American extraction (evacuation?) from this region has resulted in power vacuums filled by ISIS, AQAP, and Ansar Al-Sharia (the group responsible for the attacks in Benghazi), which we know (from Paris) create another set of security challenges.  This concept of the effects of geographical economics is outlined in the book ”Accidental Superpower".

As usual our discussions took us beyond the scope of the book, but we all were glad to have read it: to understand more of the military credo and the great sacrifices freely offered by these men and women, to understand the threats that face us around the world, to the future of a possibly less engaged America and what it means to us and to the world.