So... What is the deal with Pokémon Go?

By now you have probably heard of the rising cultural phenomenon known as Pokémon Go that has consumed kids, teens, and adults over the past few weeks. This app is taking the world by storm and has already accumulated millions of players and fans. Since being released on June 6, 2016, Pokémon Go has become the most popular app game in history with over 21 million daily users. Not only has it squashed all of its gaming competition, Pokémon Go, or “Go” as the players like to call it, is on its way to passing Snapchat in daily users which is astounding considering the popularity of Snapchat in an age when social media accounts for the majority of social interaction between friends on a daily basis.

The game is getting worldwide publicity due to its popularity but many people still do not know very much about the game. The point of the game is to hunt and find Pokémon (mythical creatures that have unique powers and abilities) that you can add to your collection and have fight for you against other players. You are able to upgrade and strengthen the Pokémon that you catch. This is a brief description of the game and what it entails which excludes other smaller components of the game, but it gives a general idea of how to play. “Go” is quickly becoming the most popular game to use augmented reality which takes real life environments, locations, and structures and incorporates them into the game. The game uses your GPS signal to determine where you are, and then it shows you a grid-like map of your surroundings that shows where Pokémon could be. It is very much like an intricate scavenger hunt.  This is why you might see people running around your town with their heads buried in their phones giddy with excitement as they chase virtual monsters. If you take the time to listen, you may find yourself very amused with what these crazed hunters are saying. After spending five hours in a car, driving my friends (who are all in college) around 8 different towns so that they could pursue elusive Pokémon, I can attest first hand that “Go” can turn articulate, mature, and reasonable people into screaming and squabbling toddlers who will shamelessly resort to kicking the back of car seats in order to dictate where to go next.

Although many people may consider Pokémon Go to be just another video game, this is not the case. “Go” requires its users to be up and active. In fact, in order to be successful at “Go” a physical effort is required. You must go outside and explore to find new Pokémon. Many are found in parks, along walkways, throughout cities and in many more locations. There are hubs where people can duel in virtual arenas and win dominance over those arenas. These arenas are often placed at local landmarks such as town halls, memorials, or libraries and they encourage social interaction between people who share a common interest. “Go” is being played all over the world by a multitude of different people. There are amazing pictures of US soldiers playing “Go” while on the frontline in the Middle East. This should bring shame to all those who brag about being good at multitasking. They now have something to live up to; the golden standard has been set.

However fun and amusing this game may be, it still comes with its dangers and risks. The majority of these risks involve people being careless about where their phones lead them, and stepping out into traffic or off of cliffs (yes these are legitimate risks, some Pokémon can fly, you can’t). In addition to these concerns are troubling reports of robbers waiting at well-known Pokémon hotspots and jumping people as they approach. Trespassing has also become an issue as the desire for a “Snorlax” or “Squirtle” seems to overcome the desire to not go to jail. Go figure. That is the gist of Pokémon Go. I hope this blog clarified some of the ambiguity and possibly sparked your interest in a new hobby. 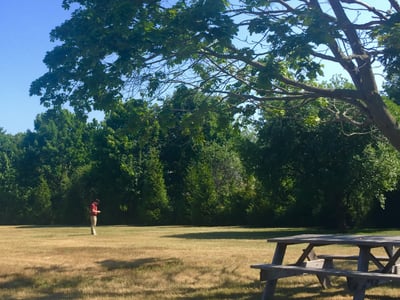 To find out more about what we can do for you, visit our website www.agordon.com
CALL US at (781) 659-2262
Or follow us on any of our social media pages.
Previous Post

Do You Have Scheduled Items on Your Homeowner Policy?