There is some great news for Massachusetts drivers; the roads are going to be a little safer for everyone. But this news comes after a devastating vehicle accident and a serious problem uncovered at the Massachusetts RMV. Here is the backstory. 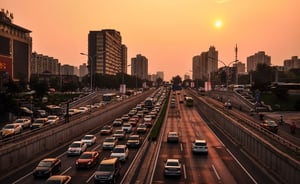 This past June, 7 cyclists were killed in New Hampshire by a Massachusetts driver, driving a commercial truck with a trailer attached. After the incident, Massachusetts officials discovered that the driver of the truck, 23 year old Volodymyr Zhukovskyy, was arrested in 2013 in Westfield on drunk driving charges and then again in May 2019 in Connecticut.

So how was he able to continue driving after his most recent incident? When officials investigated further, they made a shocking discovery; tens of thousands of electronic and written warnings about out- of-state driving incidents by Massachusetts drivers went unseen by the RMV over the course of about a year and a half, simply sitting in storage bins in Quincy.

This has sent the RMV and state officials into overdrive to review the out-of-state reports backlog and take the necessary steps against MA drivers with negative driving records from out-of-state. The good news for most MA drivers is that driving conditions should be a bit safer once drivers with serious out-of-state records are taken off the road. The bad news is that if you were at fault for a recent out-of-state vehicle accident, your driving step will be adjusted and your insurance rate will soon increase.

It’s unfortunate that it took a tragedy to uncover this issue, but at least it’s finally being resolved.