Simply stated, it's when an insurance company goes after a responsible party for payments made on a claim.  A good way to explain this is by sharing a real claim example.

Our client operated a catering business and we insured his operation. He was hired by a function hall to cater a wedding. The matron of honor bit on a walnut shell that had accidentally been baked in a dessert. She broke her tooth and incurred the expense of a $3,000 dental crown. 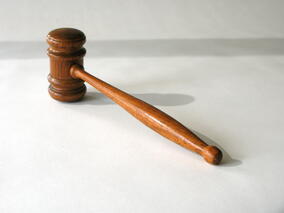 The first notice that the function hall received was a letter from her attorney. Sounds unusual that she didn’t first notify the function hall? Not in today’s world! Her attorney demanded reimbursement for the dental expense, a settlement for pain & suffering and additional compensation for “reduced ability to perform the duties as matron of honor”.

The function hall took the position that they didn’t prepare the food. The liability then pointed to my caterer, who advised that they do not do any baking and purchase baked goods from a bakery.  Not so fast if you think here is where it ends! Even though the baker's company paid the claim, in the claim investigation they learned  that the bakery bought pre-shelled walnuts in 50 lb bags.  Liability ultimately rested on the manufacturer / processor of the pre-shelled walnuts.

Subrogation is very common in auto insurance when you make a claim through your own insurance for collision damage you are  not at fault.   Once your insurance company makes a payment and completes it investigation, they present the bill for the repairs to the responsible party's insurance company.  Even though this happens behind the scenes, the total cost of the claim is accounted for, net of subrogation.