Drunk Driving: Why Do People Do It?

It is estimated that 1 out of every 2,000 road trips taken in the United States is driven under the influence of alcohol. How many cars do you pass on the way to work, to school, to the grocery store? Although time of day is definitely a factor, the statistics remain the same...there's a .05% chance that any driver is under the influence. Don't let that driver be you.

If you think driving drunk is scary, think of all the repeat offenders out there. They drive around completely intoxicated in one of mankind's greatest weapon: the car.

In Massachusetts we have more than 20,000 three-time repeat offenders who have been caught. There are probably several thousand more out there who repeatedly offend this safety precaution that go uncaught and unpunished.

Every time a drunk driver hits the road they do nothing but endanger. Uncaught drunk drivers may not have caused mayhem and chaos, but every time they go out and drive around drunk they risk safety and lives, including their own. Repeat offenders are lucky to be alive and/or unharmed; it's not typical for a drunk driver to have a clean, safe experience. 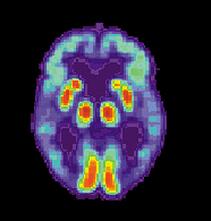 Although you have the repeat offenders who drive drunk all the time because they feel invincible, at one point these drivers had to make their decision to do so. And what influenced their decision? Alcohol definitely had something to do with it.

In our bodies we have these chemicals called neurotransmitters. Neurotransmitters travel through neurons and synapses in our body to elicit reactions from us. Adrenaline that you get when doing something daring, such as skydiving, is an example of a neurotransmitter. Serotonin is another neurotransmitter that is associated highly with happiness.

Alcohol also has a chemical makeup. The typical alcohol contains a hydroxyl group OH that is composed of oxygen and hydrogen. Other groups may be attached, but this isn't a chemistry class and you don't need to know that.

The chemicals in alcohol interfere with proper processing of the other neurotransmitters in the body. This causes signals to not be fully delivered and otherwise messed up.

The part of the brain does that performs the decision making is the frontal lobe. That's the very front of your head. If you place your hand on your forehead, your frontal lobe is just centimeters from your fingers, and is also protected by a thick skull. However, if you let alcohol inside your brain, no skull thick enough can prevent you from making terrible decisions using an impaired frontal lobe.

How to Prevent Drunk Driving

Drunk driving can be prevented so easily. All it takes is for a drunk person to not drive. Planning how to get home and how to do so safely before any event that involves alcohol is the key.  Some key elements of the plan include:

Other Effects of Alcohol

People make the decision to drive under the influence because of impaired judgement. But other alcoholic effects occur while driving.

If we go back to the whole neurotransmitter scene, we can figure out that all actions and muscle movements that people make are caused by these neurotransmitters. Driving requires mental and physical ability, and alcohol affects both. Judgement is affected (you might misinterpret a red light as green and drive right through a busy intersection) as well as physical ability (slower reaction times; you can't brake fast enough and end up crashing, you cannot turn down a side road, etc.).

Because drunk driving is such a safety hazard, there are severe legal ramifications for doing so. The events and citations that could occur include

Penalties for these different crimes vary, but they are all very severe. They can range from a suspended license to a felony. For a list of Massachusetts alcohol-related infractions click here. Read our blog here that outlines the difference between a DUI and an OUI.

If you are under the age of 21, all 50 states and the District of Columbia have a "zero tolerance" law that makes it illegal to drive with any measurable amount of alcohol in your system.  In Massachusetts, sobriety check points are allowed.  These steps, along with stiffer penalties and a state wide mass media campaign against drunk driving have lowered MA fatalities due to alcohol impairment by more than 60% in the last 30+ years.  To keep this trend going in the right direction, the National Transportation Safety Board is pushing for a lower impairment threshold of .05%.

To discuss this topic further as it relates to your automobile insurance, please call the Gordon Atlantic Insurance professionals toll free at 1-800-649-3252.  Prefer to type instead of talk?  Use the form at the top left of this blog for a return phone call or email.

If you have a drunk driving event, there are additional regulatory burdens, including proof that you have liability insurance in the future.  There is a great article off site about the SR-22 at Consumer Advocates, linked here: https://www.consumersadvocate.org/sr-22-insurance

If you are new to Massachusetts or are simply registering plates for a new vehicle or getting a new title, be sure to check out our article on the Massachusetts RMV-1 form.

How to Use Car Defrosters
What is the Passenger Restriction for Junior Operators?
Renewing Plates on a Leased Vehicle
The Simple Math Behind Insurance
Car Safety: What to Do When Your Windshield Fogs Up