I don't know about you, but I am absolutely done with the weather we have had the past winter. 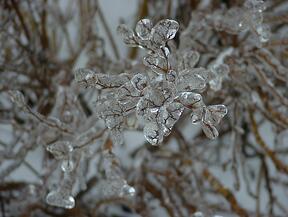 Before winter even officially began, we had to deal with Sandy. She had excellent timing, you know, postponing Halloween and all. School was cancelled in Norwell (that NEVER happens) for two days, and a Federal State of Emergency was declared. Not bad for the end of October.

Then, we had some light snow. Not bad, but cold, November, December, and January months. And then Nemo decided to grace us with its presence. 97% of Norwell went without power for days. We got power back after four days, and within twelve hours of getting power back, we were back in school.

Most recently, a storm by the name of Saturn came through. Meteorologists did not accurately predict the amount of snow and the severity of the storm. Strange enough as it seems, school was cancelled, but other business operations remained open. Take my poor sister for example, she had her wisdom teeth surgery that Friday morning. She didn't get to miss a day of school for surgery, and when she came home from surgery, as we were about to put Pixar's The Incredibles in for her, the power goes out! Obviously.

Fortunately, my family invested in a generator a long time ago. If you haven't, I highly recommend doing so. Even though the harsh winter storms should be a thing of the past, (at least I hope so) it is never too early to start preparing for next year. If this year was bad, just imagine what could go wrong this coming year. 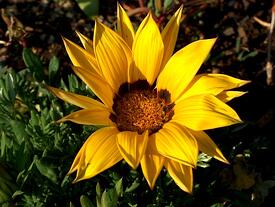 Yesterday's weather was wet, cold, and simply annoying. On a brighter note, today is the official first day of Spring! Apparently our groundhog, on February 2nd, did not see his shadow, which should have signaled an early spring coming. However, Nemo and Saturn wronged Punxsutawney Phil's prediction in a major way.

The warm weather is returning, flowers will be blooming, eating ice cream will become appropriate again, and before we know it, beach days will be back. I am so excited for the warm weather- even a day that is 50 degrees Fahrenheit feels fantastic! Just make sure to take care of yourself with the sun's strong rays.

With all the feeling good that comes with spring, make sure you don't forget about spring cleaning! Check out your house, clean the inside of your car, remove unnecessary files, organize your life- you won't regret it. Procrastinating is one of the worst things. Make sure you check out the insurance resolutions if your new year starts fresh in the spring, as opposed to the cold of the winter.

Happy spring! Start it fresh by having us shop some new insurance policies for you, absolutely free! Click below!

How to Beat Procrastination