How to Beat Procrastination

Have you ever had something really important to do, but you kept putting it off until later? Yup. That's basically the story of my life... or it was.

Procrastination can be quite harmful. Not doing something well in advance or leaving too little time to do it is one of the worst feelings ever. All it does is add to your stress, and too much stress is unhealthy.

I've had one of the most stressful weeks. I kept getting so many assignments for school, for work, and I had limited time available. I barely had time to even sleep! That's when I knew I had to suck it up, and beat the procrastination before it could beat me. 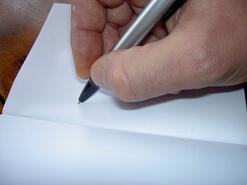 One of my favorite things to do to get the job done is to make a list of what actually needs to be done. Then, I can physically see everything that I have to do. I can prioritize what needs to be done first, and what I can put off (not procrastinate, just be progressive elsewhere) until later. The feeling of scribbling out one of these tasks is especially rewarding, and I'm able to see that I am, in fact, making actual progress.

Warning: Do not let making the list itself become a form of procrastination. No, you don't need to plan everything in exact detail, and no, you don't need to create a strict clock schedule for your tasks. All that does is waste time, and essentially increase stress.

You don't need to do everything all at once in order to be successful. Sometimes it's better to take breaks in between different tasks. These breaks, whether it's fifteen minutes of walking or a two hour movie, act as little rewards. I find rewards to be motivating, and often enough, the greatest reward is sleep. Nothing feels better than finishing everything I have to and then immediately hitting the hay.

This next helpful hint goes along with the previous. There's a difference between spacing it out and planning ahead, but the two go hand-in-hand. I only have time to "space it out" when I "plan ahead". If I wait too close to the deadline, I'm unable to "space it out" and reward myself with breaks. 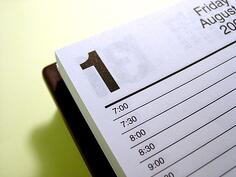 With huge projects and assignments, it is much better to complete the task in chunks. It's more or less a huge "space it out". The only difference: break it up occurs over a longer period of time, and after I meet mini deadlines that I set for myself, I no longer have to worry about that part of the assignment. This is by far the best strategy, but sometimes it's hard to do because it's so far in advance. "Breaking it up" from the get-go requires a lot of focus and energy because it involves fighting the procrastination before it even develops. THAT'S OK. FIGHT IT WHILE IT'S WEAK.

The hardest bit is always the first part. Getting into a comfortable environment that is free from distractions is easily one of the not-so-easiest things. I find that there's also a certain mindset before I can begin actually doing what I need to. I just need to remember that it's better this way, and that soon this project will be done and over with and out of my life for good. Besides, once I officially start, I usually find myself so caught up with what I'm doing. Then, I realize: "this isn't that bad."

The worst thing about that glorious realization is that I realize it all too often when I'm tired and down to the last minute. If only I had done the project earlier, it would be the same amount of work, but I wouldn't be doing it now.

So, don't waste your time with anything! Once you get going, you're going. Speaking of which, those insurance renewals? That you've been putting off for so long? Just do them. You have all the support you'll need right here at Gordon Insurance. If you're thinking about finding a policy to better fit your needs, simply click the buttons below. The sooner you do it, the sooner your insurance becomes better. Don't procrastinate!