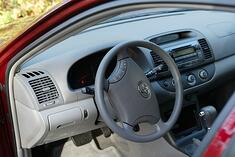 Automobile airbags are certainly an essential part of our safety.  Other than the visible compartment covers that are labeled “Airbag” and a dashboard indicator light, they remain out of sight until they are needed and respond to collisions. There is much more to airbags than just the inflatable bag itself. Airbags are an entire system, including sensors, monitors, control modules and wiring .They are computer monitored and activated. Some seat belts and seat belt retractors also work in conjunction with airbag deployments.

Repairing of airbags is forbidden in Massachusetts, including the splicing of wires. Carl Manoogian, owner of Norwell Collision, advises that airbags should never be repaired and has never been the practice at his auto body shop. He also advises against used airbags. 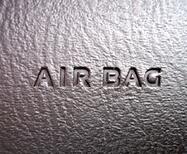 Counterfeit airbags have also been an issue. The National Highway Traffic Safety Administration and Immigration & Customs Enforcement recently warned consumers about counterfeit airbags made at overseas manufacturers and installed in cars throughout the U.S. The counterfeits are made overseas, and illegally labeled and imported to our country. It has been estimated that these fake airbags account for less than 0.1 percent of vehicles in the country. They may not deploy, only partially deploy, or even catch on fire.

The National Highway Traffic Safety Administration advises the potential harm for anyone who has had their airbag replaced in the last three years. They also state that there have been no related injuries or deaths. “Consumers are a risk if:

If you suspect that a counterfeit airbag has been installed in your car, a list of call centers is available at www.SaferCar.gov. They can direct you to the proper car manufacturer to have your airbags inspected. If you would like to update your auto quote, click the button below. We'll find the best policy for you.