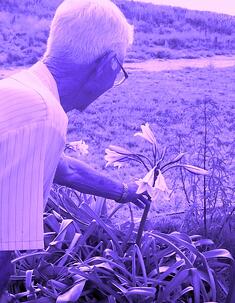 A small gesture can raise awareness on an important issue. Wear purple this Friday, September 21 in support of Alzheimer’s Action Day. Thousands will be wearing purple to raise awareness about the disorder and highlight the need for more education, research and support to help find a cure.

Alzheimer’s disease is a progressive illness that destroys brain cells, resulting in declines in thinking, memory and reasoning abilities. It’s much different than the normal process of aging. Estimates are that more than 5.4 million people have been diagnosed with Alzheimer’s disease. Those with Alzheimer’s live an average of eight years after symptoms become noticeable.

More than 15 million Americans provide unpaid care valued at $210 billion for persons with Alzheimer’s and other dementias. Payments for care are estimated to be $200 billion in the US in 2012.

It’s also important to note that the effects of the disease do not stop with the diagnosed patient. Alzheimer’s disease has a far-reaching impact on friends, family members, and those who provide care for the person suffering from the illness. Caregiving has often been described as one of the most challenging, yet rewarding, jobs in existence today. Several programs have been developed in an effort to help caregivers cope with the demands associated with providing care for a loved one with dementia. One such guidebook offered by the National Institute on Aging provides information on the stages of the illness, as well as many of the more common issues that caregivers are confronted with during the disease process.

Start looking through your closet for that plum tie, eggplant polo, lilac sweater or violet blouse to wear on Alzheimer's Action Day this Friday and help raise awareness to a disease affecting million of Americans and their caretakers.

If you have any questions about how Alzheimer's might affect life insurance, feel free to contact us. We would also be happy to answer any other questions you might have, just click the button below.

Junior Operators: What is the Time Restriction Violation?