Last Friday (June 29) Congress overwhelmingly passed an extension of the federally underwritten National Flood Insurance Program (NFIP), with the Biggert-Waters Flood Insurance Reform and Modernization Act of 2012. Passing the bill was part of a broader effort by Congress to fund Transportation spending, student loans, and other deadline provisions before the end of June. President Obama has signed the bill. 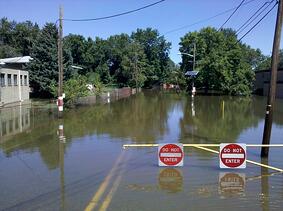 What does the bill do?

The bill makes several important changes to the federally underwritten flood insurance program that will affect over 5.5 million policyholders. The most important is a 5-year extension of its authority, after six temporary extensions over the past two years. These temporary extensions missed renewal deadlines several times, creating uncertainty in the real estate market including delayed property closings. This extension for five years will return some predictability to the market, particularly on the coast and along the Mississippi flood plains where lenders require flood insurance protection.

How will the bill work?

A stated objective has been to reduce the exposure taxpayers have to major flooding events through adoption of more actuarially supported rates. After Hurricane Katrina, the National Flood Insurance Program went $18 billion into the red, and has owed this to the Treasury since then. Paying that back is one goal; remaining self-supporting is another. To achieve this, the program will phase in rates that more closely match exposures. Matching rates to risk is routine with for-profit companies, but subsidies have been in place for years to promote coastal real estate development and to support an insurance market where private carriers cannot achieve adequate ‘spread of risk’. These subsidies will be reduced. In one step to make rates more scientific the bill requires the NFIP to create a technical mapping advisory council to take advantage of mapping technology strides already embraced by the private insurance industry. 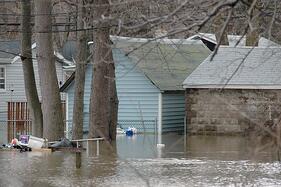 How will new costs transition in?

The bill will reduce subsidies built into the previous models by degrees. Rate increases are targeted especially at secondary homes (vacation homes), so if you have a beach house as a vacation home, your rate increases will be higher than folks who live near the shore full time. The bill also provides for relocation of homes with repetitive claims; it doesn’t make sense to keep rebuilding homes in places that flood regularly. Businesses will also be subject to non-subsidized rates sooner.  And Flood map changes will likely put many homeowners into zones that were previously not considered in the 100-year flood plain.  Rate increases, formerly capped at 10% per year will be allowed to rise 25% annually to achieve this projected financial stability, 20% for those affected purely by flood map changes.

There are provisions that affect commercial properties as well. Multi-family properties will soon be eligible to obtain NFIP protection. The bill also calls for the Government Accountability Office (GAO) to study the impact of adding business interruption and additional living expenses to commercial risks, coverage that is considered important, and routinely included, on non-flood commercial policies.

Any old features being eliminated?

Grandfathering is out.  It used to be that if you bought a house from someone who had secured a highly subsidized rate from the early days of the program, you could transfer the policy from seller to buyer.  No more.  No transition applies to these transactions either, meaning the new rate is in effect immediately upon a building purchase.

What does the future hold?

Extending stability to the program is a good step, and a trend toward risk-based pricing is long overdue. Some homeowners will see rates rise, especially on secondary homes or homes with repeated claims.  But a return to a self-supporting program was an important goal for Congress, and the bill appears to include what it will take to do that.

If you're looking for insurance along the coast or just want to learn more, check us out at www.agordon.com.

Why Does My Insurance Company Not Fight My At-Fault?