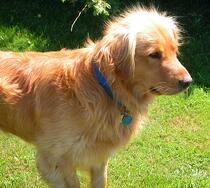 For many homeowners, a dog is a cherished member of the household; according to the Humane Society of the United States, there are 77.5 million household dogs in the U.S., a whopping 39 percent of all households. Normally, human-dog interaction is a positive experience for both animal and person, but lately, dog-bite statistics have been increasing. Dog bites accounted for more than one-third of all homeowners insurance liability claims paid out in 2009, costing $412 million and up 8.70 percent from 2008, according to the Insurance Information Institute.

More than 4.7 million people in the United States are bitten by dogs annually, and nearly 900,000 of those, half of them children, require medical care, according to the Centers for Disease Control and Prevention (CDC). Of those injured, 386,000 require treatment in an emergency department. The rate of dog bite related injuries is highest for children aged five to nine years old; the rate decreases thereafter. With more than 50 percent of bites occurring on the dog owner’s property, the issue is a major source of concern for insurers.

There are three kinds of law that impose liability on owners:

The owner of a dog, however, is not liable if the dog injures a trespasser.

The CDC recommends the following steps regarding human-dog interaction:

Using these strategies should hopefully allow your personal relationship with Fido to be a positive one.

At Gordon Atlantic, we have an opportunity to work alongside many outstanding businesses, one of which is Trouwe Hond, a professional dog training and kennel business that is truly top in its class. If you have a dog, check out their site.

A Danger for Dogs

What is the Passenger Restriction for Junior Operators?
Car Safety: What to Do When Your Windshield Fogs Up
Drunk Driving: Why Do People Do It?
Renewing Plates on a Leased Vehicle
The Simple Math Behind Insurance