The devastation in California has already taught us a few hard lessons. First, some statistics as of Tuesday, November 20th, 2018: 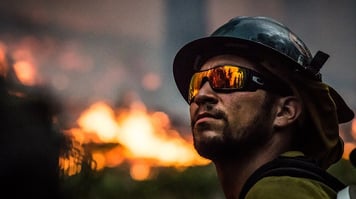 While these losses will affect earnings of large insurers like AIG and Chubb, analysts don't expect the fires to affect capital ratios significantly. This means their financial stability should remain secure.

Given these losses are on the heels of the 2017 season, insurance costs will indeed rise in California and underwriting standards will become more stringent. We don't expect much effect on rates here in the northeast that are not already baked into reinsurance rates (the insurance that insurance companies buy).

Local businesses in the affected regions won't fare well. Beyond loss of buildings there will be significant loss of inventory, lost income, and major labor disruptions. The areas affected will take time to rebuild and many people will simply move.

California's utility company PG&E has been cited as the source of the Camp Fire. Their potential liability was cited as $20 billion in a recent report in BusinessInsurance; with a market value of $22 billion how that liability plays out will take time.

The human displacement is similar to the Caribbean or southern or coastal United States after a major hurricane.  Among the commercial buildings destroyed was a hospital. When we hear on the news that people have lost everything, this can mean homes, personal effects and memorabilia, cars, jobs...and most tragically, loved ones.

If you are inclined to make a donation to help, there are several reputable organizations helping, including the American Red Cross and the Salvation Army.

To discuss any of the above with respect to your own insurance program, please don't hesitate to call the Gordon Atlantic Insurance professionals toll free at 1-800-649-3252. Prefer to type versus talk? Use the form to the left of this blog.